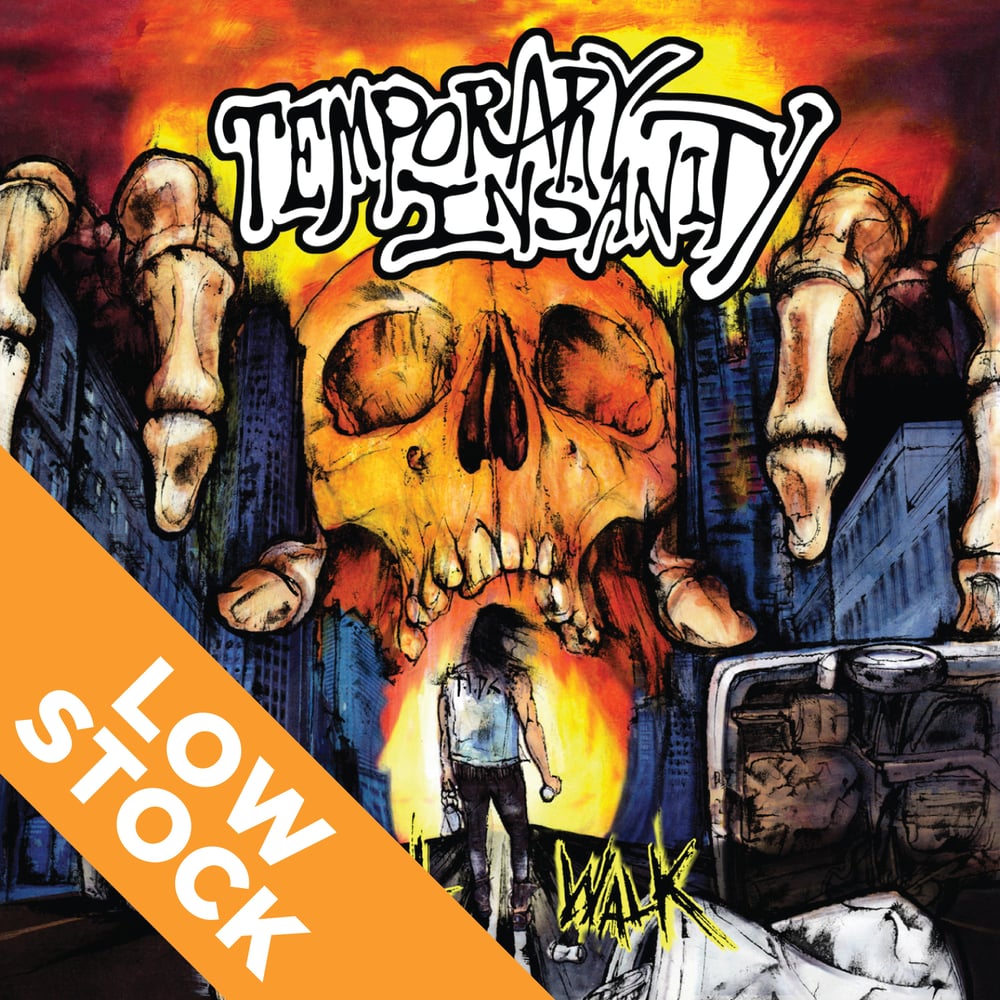 DECLASSIFIED INFORMATION:
TEMPORARY INSANITY formed in Boston, MA during the mid-'80s, initially bashing out cover tunes by such acts as Rush, Iron Maiden, Metallica, and so forth. The band's core lineup had been established by 1987, as founding members Michael Lucantonio (guitar) and Randy Odierno (drums) were joined by bassist Steve Cloutman and—standing 6' 9"—towering frontman Glen Rice to begin composing their own original, thrash-leaning material.

This lineup put together a crude four-track demo before landing a spec deal with producer Chris Johnson—a relationship which led to the release of TEMPORARY INSANITY's only official cassette, the mighty T.I.D.C., in 1989. Boasting such devastatingly mosh-inducing fan favorites as "D.S.H." and "Arrogant Fuck," T.I.D.C. perhaps should have catapulted the group toward the eventual success of such legendary thrash anthems as "The Toxic Waltz" or "Hello From the Gutter" with its potent brand of thrash metal that was as violent as it was fun.

With new second guitarist Jeff Kody in tow, TEMPORARY INSANITY would go on to record a whopping 13 more tracks with Johnson at the helm—from the whirlwind slams of "Toxic Spawn" to the technical fury of later cuts such as "Necrotech." Having opened for Flotsam and Jetsam, Wargasm, Meliah Rage, White Zombie, and many more, the band caught the attention of Maze Records through the help of their friends in Biohazard. Alas, a proper record deal never came to pass, and another of Boston's great many high-level metal prospects folded in 1991—the bulk of their recordings unreleased and painfully obscure for decades to come.