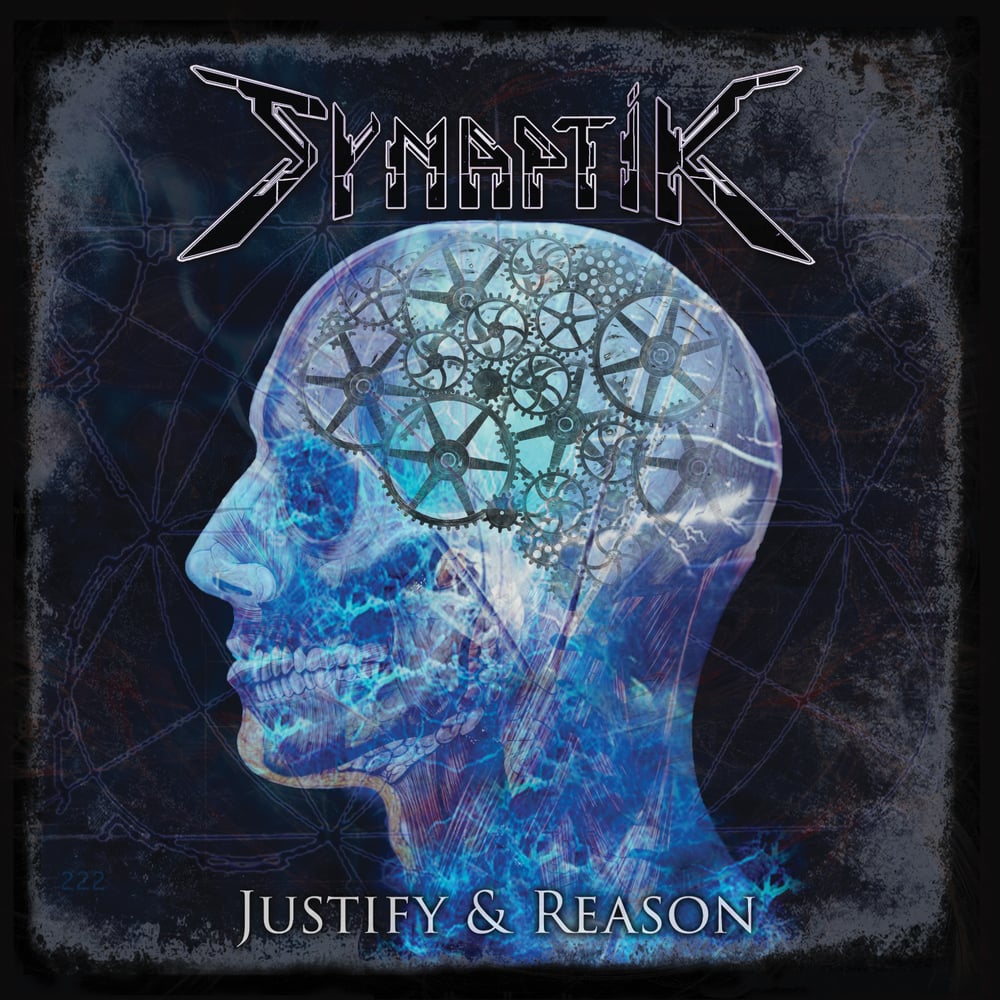 OVERVIEW:
Since forming in 2012 from the ashes of such bands as Fifth Season, Inner Sanctum, and Twisted Autumn Darkness, the primary concern of Norwich, England's SYNAPTIK has been musical intensity. Compartmentalizing SYNAPTIK's approach is as futile as attempting to cage a wild animal, but―nevertheless―traits of progressive metal seem ubiquitous, and a dark aura tends to cloak the band’s output.

When SYNAPTIK's debut, The Mechanisms of Consequence, was released in 2014, the press reacted with bewilderment. Near-perfect reviews became the norm, and one factor that seemed to be particularly appreciated was the group’s knack for fusing technical sophistication with traditional metal sonorities such as blast beats; powerful riffs; and screaming, Priest-styled melodic vocals.

In March of 2016, SYNAPTIK recorded their sophomore album―the epically diverse Justify & Reason―with Meyrick de la Fuente at Floodgate Studios in London. Justify & Reason finds SYNAPTIK placing a greater emphasis on their progressive tendencies, but also contains some of the group's heaviest material to date. Lyrically, Justify & Reason ventures into the dark, labyrinthine corridors of the human psyche to examine the relationship between inner emotions and society at large―universal themes that transcend cultural and national boundaries. The end result is mandatory listening for fans of QUEENSRŸCHE, NEVERMORE, WATCHTOWER and EVERGREY alike.

Available from Divebomb Records―who released a retrospective discography from Inner Sanctum (a band whose lineup featured SYNAPTIK's Kev Jackson and Ian and John Knight) in 2013―the CD version of Justify & Reason will also include a freshly mixed take on the group's debut album, The Mechanisms of Consequence, as a second disc. Comprised of such cuts as “A Man Dies,” “As I Am, As I Was,” and “Your Cold Dead Trace” (which features a guest appearance from Alan Tecchio of WATCHTOWER/HADES fame), the material now sounds more vibrant than ever before.

With Justify & Reason, SYNAPTIK has raised the bar of progressive metal. Can you handle the intensity?