SWIFT - The Worst Of All Things Possible 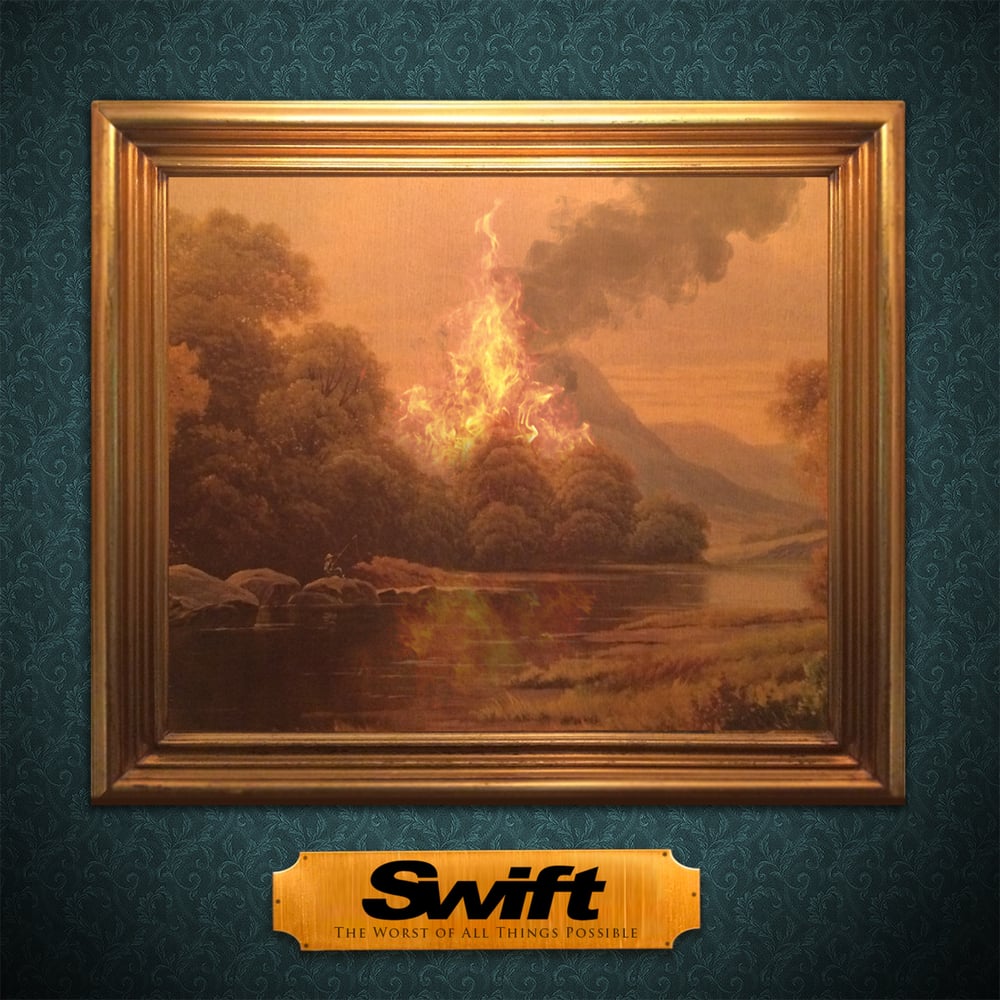 OVERVIEW:
Formed in Winston-Salem, NC in 1998, SWIFT delivered a unique style right out of the gate, drawing upon influences ranging from Foo Fighters and Radiohead to Metallica and Pantera. Early success garnered the interest of major labels such as Atlantic, Dreamworks, and MCA, but the group opted to forge its own path, releasing three full-lengths and one EP through Tribunal Records from 1999 to 2005—all of which were quite well-received by fans seeking something a touch different from the general realm of heavy music.

Shortly after the arrival of The Absolute Uncontrollable in 2005, however, SWIFT went dormant as members began focusing on careers and personal lives—three-fifths of the lineup relocating to Brooklyn, NY in the process. Fortunately, friendships between the lineup—guitarists Mikey Gentle and Taylor Mabe, Billy Deal (bass), Jamie King (drums), and frontman Gary Forsyth—remained intact, and new music slowly began to take shape during the decade-plus that followed. Based on the strengths of this material, the band decided to evolve these ideas into a brand new full-length to commemorate SWIFT's 20th anniversary.

Released digitally in December of 2017, The Worst of All Things Possible once more achieves an effortless and uncategorizable fusion of aggression and melody across a wide range of both modern and classic influences. It's almost unheard of for a group to issue its finest album 20 years in—and after more than a decade apart, no less—but SWIFT have done just that with this 11-song, 45-minute masterpiece. Equally as appealing to fans of the Deftones or Disembodied as to Killswitch Engage or Slipknot in its seamless balance of catchiness and extremity, The Worst of All Things Possible represents the band's most powerful and mature songwriting to date—highlighted by unbelievably memorable cuts such as "Nothing is Real" or "Goliath."

"This record is musically just an expression of the combination of rock and classic thrash metal that inspired all of us growing up. We are all beyond the style of music that was an influence on the early SWIFT material, but it was a lot of fun revisiting and expanding on the formula that made SWIFT what it is," states King. Speaking more specifically to the lyrical content, Forsyth commented, "I wrote much of the lyrics on trains living in NYC. There is an overarching theme to the record, and that is a first for us. It's about growth through loss and the idea that comfort is not a path to progression, it's a path to complacency. It's about analyzing suffering and its effects on the human condition—how we naturally build walls around ourselves to hide from what will cause us discomfort. Suffering is indiscriminate. We all have suffered, and through that we have grown. The intention was to celebrate that growth..."

Keeping tradition alive, Tribunal imprint Divebomb Records will be granting The Worst of All Things Possible a proper CD release to coincide with SWIFT's 20th anniversary performance, planned for December 21, 2019. Label owner Matt Rudzinski reflects, "Having worked closely with SWIFT for so many years—as well as being the huge fan that I am—it only made sense now with 12 years passing to transition them to the Divebomb Records roster. It shouldn't take listeners very long to realize that SWIFT has been heavily influenced by the greats of heavy metal's past, while still carving their own stylistic path."

The Worst of All Things Possible CD will be available directly from SWIFT at their 20th anniversary show in December, with an official street date of January 10, 2020.