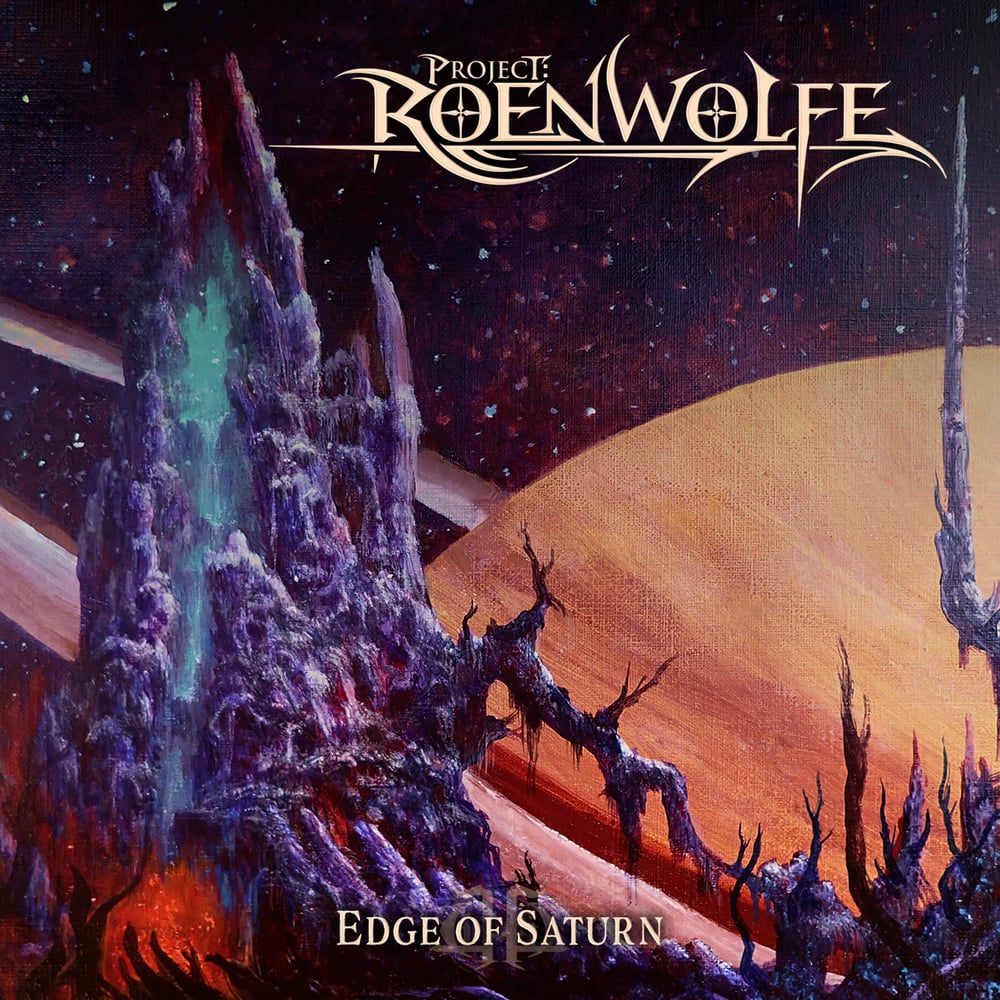 "Rare to get something this intricate and intriguing, yet at the same time, relentless delivered, from North America." - Bravewords.com

"Eight years between records is obviously significant, but Edge of Saturn is certainly worth the wait." - YourLastRites.com

OVERVIEW:
Toward the end of summer 2013, PROJECT: ROENWOLFE issued their promising debut full-length, Neverwhere Dreamscape, through Divebomb Records. Unfortunately, life, distance, and various other creative priorities forced the group into an extended hiatus. But now, an all-too-long seven years down the line, PROJECT: ROENWOLFE is back and better than ever, announcing the forthcoming release of long-overdue sophomore outing, Edge of Saturn.

Lyrically, the album explores both the personal and the political, often through the creative lens of science fiction—be the concepts originally penned or inspired by literary legends such as Lovecraft, Shelley, Simmons, and Sapkowski. The title track, in fact, is a direct continuation of Neverwhere Dreamscape's "Split the Rings of Saturn" storyline, with the intention of expanding the saga across future recordings.

States Parris, "I feel that we did right by the creative process of this album. The amount of experience we were able to gain in the last eight years surely lends itself to our creative process as we return our focus to PROJECT: ROENWOLFE, and it's honestly the most fun I've ever had creating something—the best music I've ever had the privilege of working on. I'm incredibly excited and proud to show people what we've done here." Cordisco adds, "Edge of Saturn went through several iterations, but we took our time and made sure to make it the best combination of influences we could. We really wanted it to be the culmination of all we've learned in our musical journeys. As I prepared to leave Judicator—which had been my main band for nearly a decade—the album's production ramped up and our partnership set a new course entirely. We are so beyond happy about this album, and can't wait to unleash this slab of power-thrashing metal and deliver on a promise we made at the forming of this band almost 10 years ago."

Divebomb Records couldn't agree more, and is thrilled to once again partner with PROJECT: ROENWOLFE for the 2021 release of Edge of Saturn. The album's markedly improved production and laser-focused songwriting boasts a level of quality and professionalism that raises PROJECT: ROENWOLFE toward the plane of the very luminaries that have inspired them—sure to stun former fans and newcomers alike!