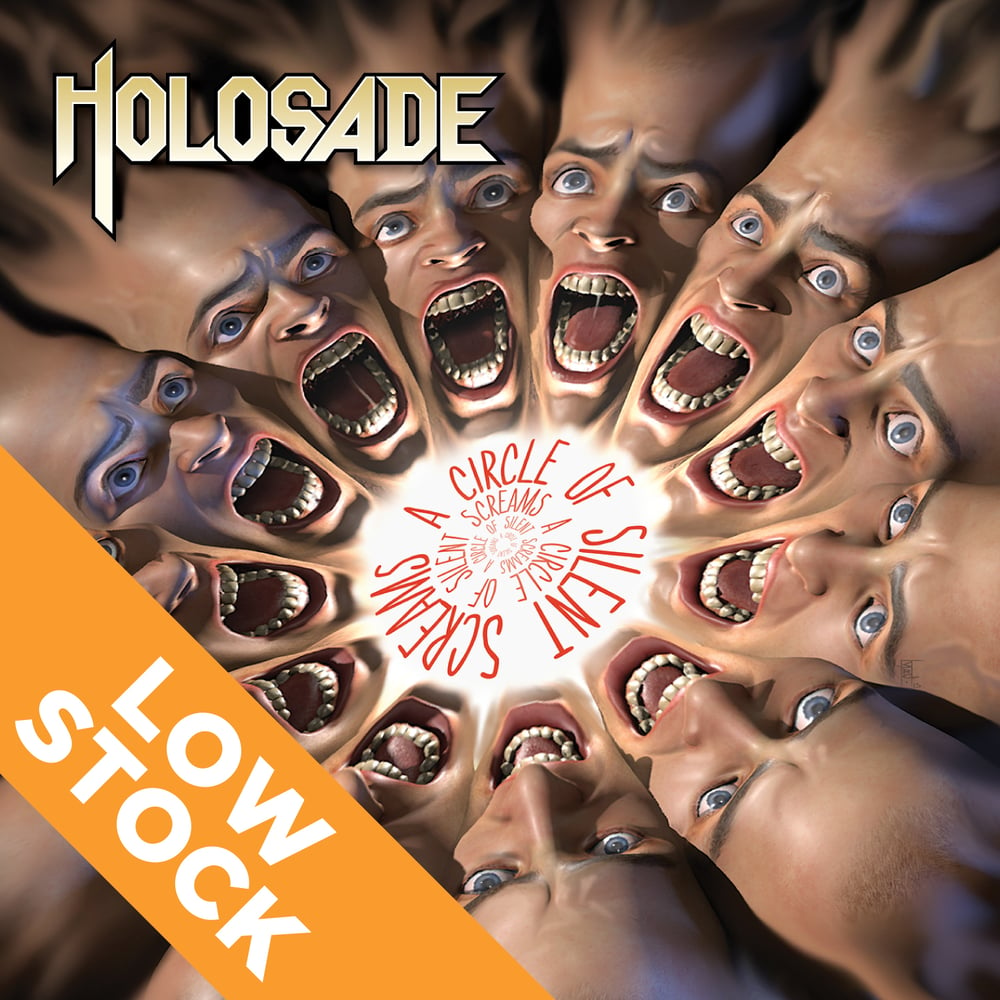 DECLASSIFIED INFORMATION:
Following the release of their debut album Hell House in 1988, HOLOSADE ran into all sorts of member departures (Simon "Jack Hammer" Jones taking up rhythm guitar for SABBAT and Damien "Michael" Lee jumping behind the kit of Scarborough rockers LITTLE ANGELS). The future became so uncertain that in 1991 they eventually drifted into a hiatus.

Fast forward to 1994, Phillip de Sade (vocals) and Gary Thomas (guitar) decide to get together to record the last batch of songs the group had worked up before it's hiatus. Joining them once again was Simon Jones along with newer members Andy Barker (drums), Steve Wright (bass) and Fred Purser from Tygers of Pan Tang on the keyboards. This new and revamped HOLOSADE recorded 12 songs that was a perfect follow-up to Hell House, but the industry had changed and they couldn't find a label to support them or the release of A Circle Of Silent Screams. So, the recordings sat unreleased for 20 years, until now.

Divebomb Records is proud to present the first official release of HOLOSADE's sophomore album, A Circle Of Silent Screams. Sourced from the band's original DAT master and remastered by Jamie King, this album fulfills everything HOLOSADE fans have been yearning for and more.