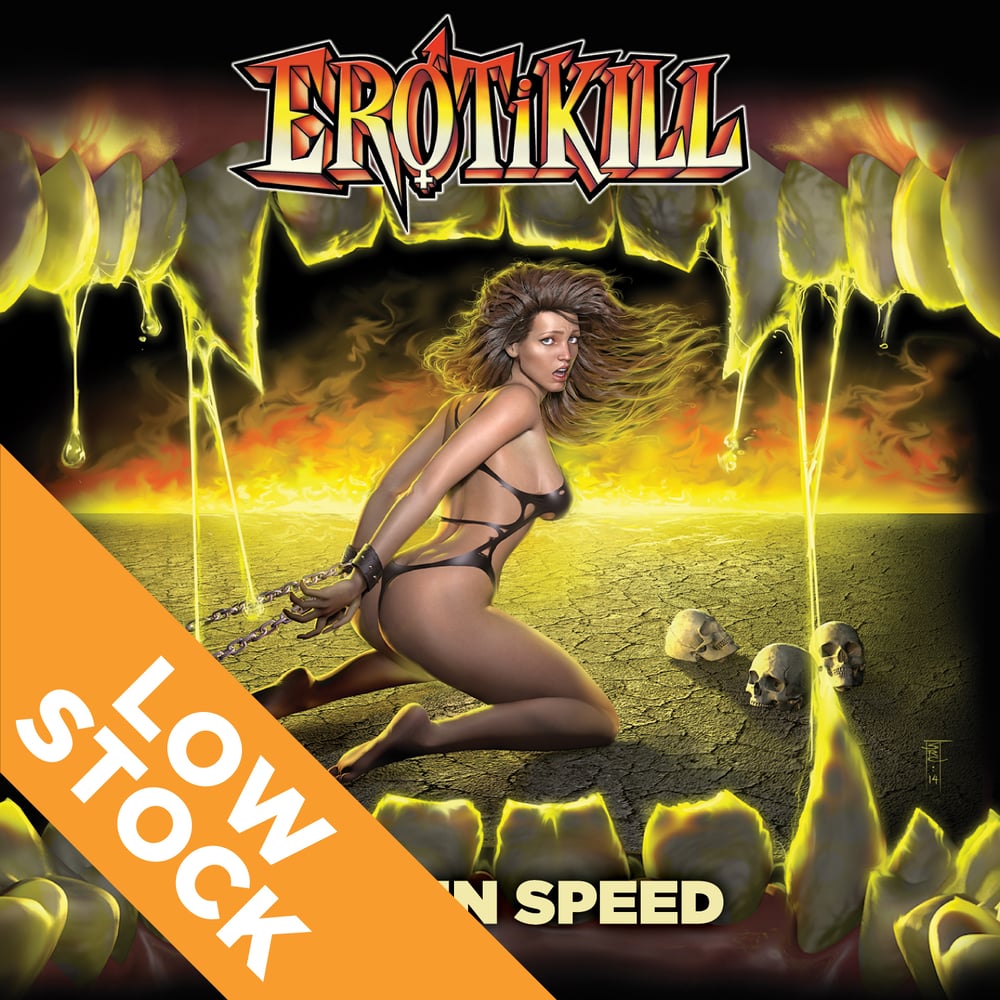 THIS IS IT! LAST COPIES! LESS THAN 60 REMAIN.

DECLASSIFIED INFORMATION:
Arriving on the Los Angeles music scene in the late ‘80s, EROTIKILL was a band poised for success. As far as the succeeding in the industry was concerned, the band was doing everything right. Not only did they pound the pavement, they also had the glossy promo photos, 4 songs recorded by Joe Floyd and full color advertisements in all the best metal magazines. But something just never clicked for the group with record labels.

EROTIKILL’s debut was originally titled Seek the Virgin, but changed to Virgin Speed by the time the 8-song cassette was released in 1990. The band had finally delivered their unique brand of speed metal to the masses, albeit, independently. Unfortunately, the metal scene at that time was littered with horror stories of mismanagement, and EROTIKILL found themselves at the end of a losing deal as well. While out on tour supporting the release of Virgin Speed, the group found out that tour support was no longer coming, and that their management had walked with all of their money. It was a death blow very few bands survive, including EROTIKILL.

The limited edition Divebomb Records CD release contains the original 8 tracks contained on the Virgin Speed cassette (newly mastered from original digital sources), and as a bonus we have included an audio interview conducted with the band back in 1990.