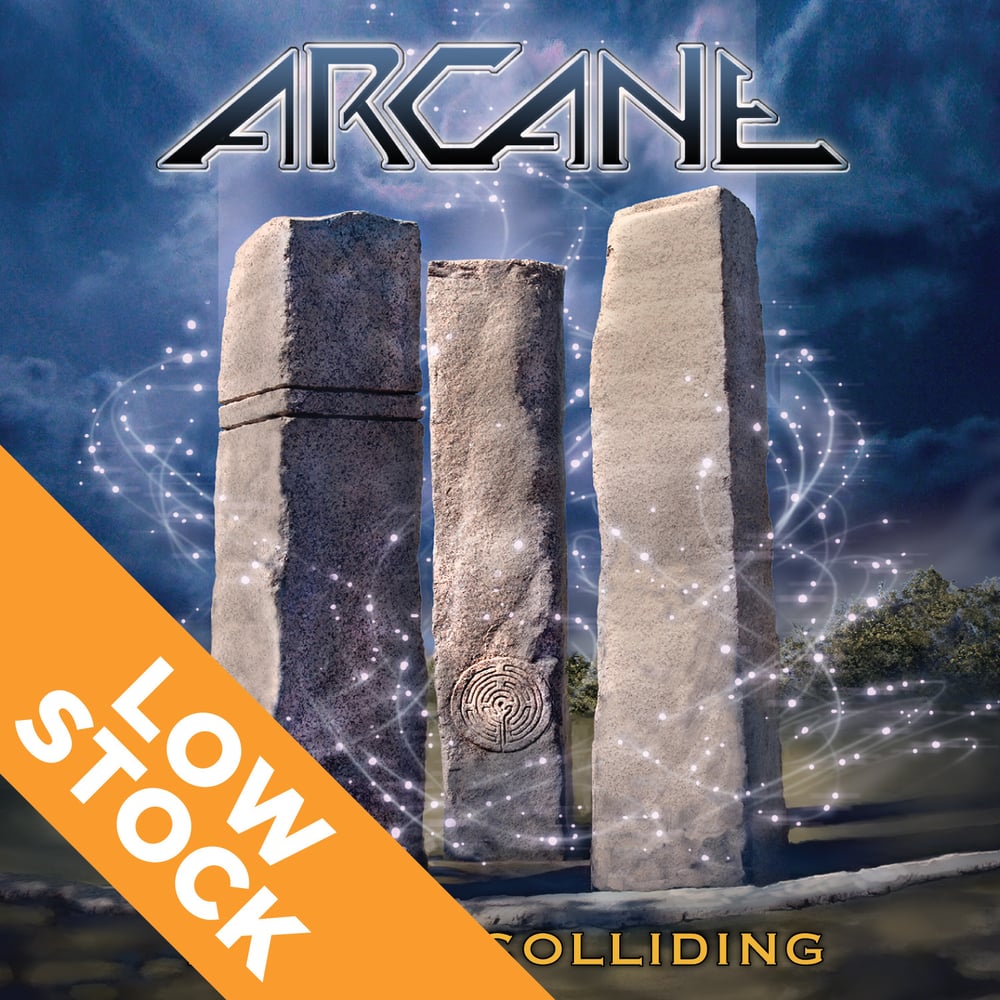 OVERVIEW:
Hailing from the fertile metallic Texas landscape, ARCANE began its quest for glory in 1986, but it wasn’t until 1988 that the group solidified their line-up and recorded their stunning Mirror of Deception demo. As the demo started making the rounds via the international tape trading circuit, the group honed their live chops performing alongside such homegrown outfits as Watchtower, Solitude Aeturnus and Helstar.

Despite garnering rave reviews from the heavy metal scribes of the day, and the band beginning to write new material for their follow-up release, the members of ARCANE decided to go their separate ways. One final ARCANE demo was released as the Ambiguity EP in 1994.

Now, 20 years since their last release, Divebomb Records presents Worlds Colliding: The Anthology, a 2-CD set containing all of ARCANE’s studio recordings. An exquisite package, all of the audio has been digitally remastered and both demos have been faithfully remixed by original drummer, Jim King. Being the heavy metal archeologists that we are here at Divebomb Records, we’ve brought in writer Carlos Ramirez of NoEcho.net for a new interview with the band that covers their years together. If that weren’t already enough, the 20-page CD booklet also contains lyrics and archival photos and flyers.

FOR FANS OF:
WATCHTOWER, HEATHEN, REALM, SANCTUARY and HADES