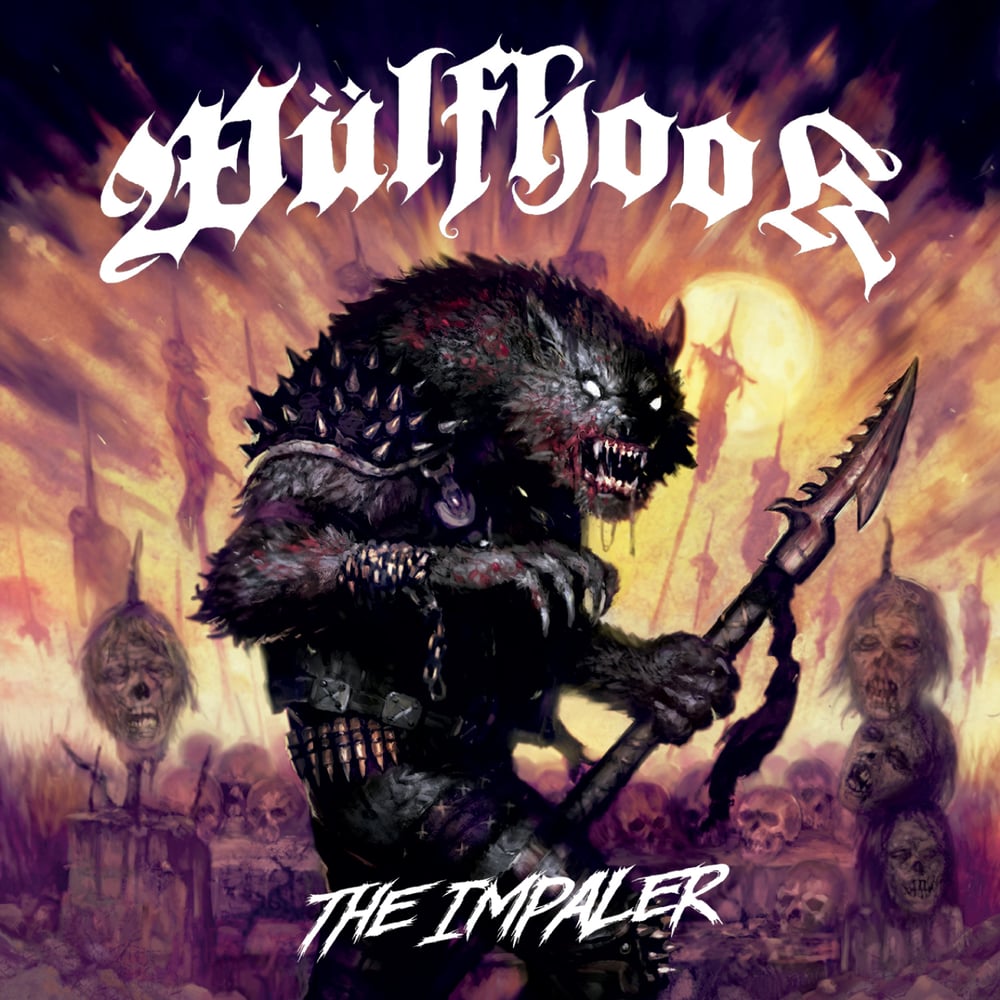 OVERVIEW:
WÜLFHOOK, having formed in 2009, is a five piece American heavy metal band from Detroit, Michigan. They have impressively self-financed three remarkable demos including 2012’s stellar Sacrifice, which are the recordings that lead to their deal with Divebomb Records.

Their debut album, The Impaler, is a culmination of years of hard work and overcoming unforeseen adversities along the way. The end result, which was mixed by Jamie King at his Basement Studios, is nothing short of magnificent. The Impaler, simply put, is an unrelenting sonic attack that reveals a band that is completely unaffected by what’s popular or what other musicians are doing and is zeroed in on exactly what will make WÜLFHOOK stand out in the over-crowded underground scene. No tongue in cheek retro throwback, just straight up heavy metal.