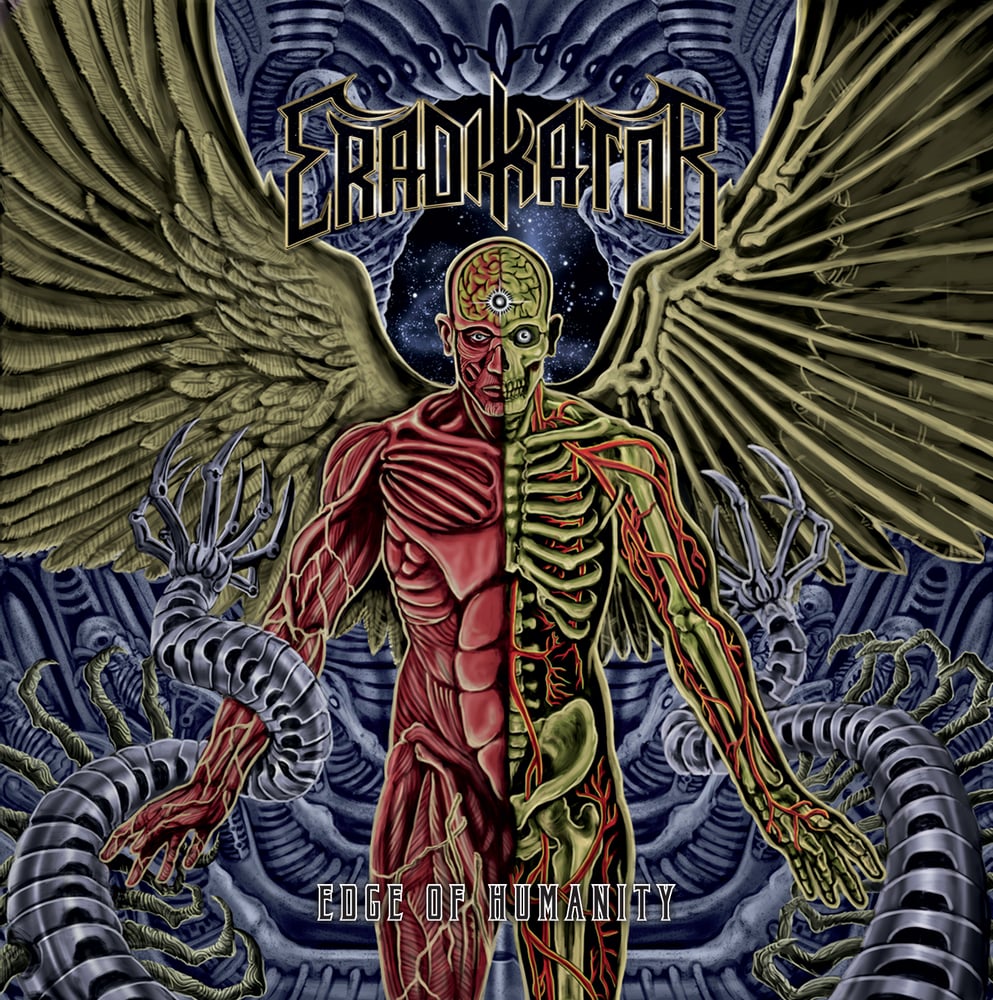 OVERVIEW:
ERADIKATOR are a four piece thrash metal band from Birmingham, England, the birthplace of heavy metal monsters such as BLACK SABBATH, JUDAS PRIEST and NAPALM DEATH. No strangers to Divebomb Records, ERADIKATOR have returned to the label after the successful release of their debut album, Dystopia, via the label’s Bootcamp Series which not only reissues obscure lost treasures of the past, but also is a showcase for new artists through alternative promotion helping to support them while they get a foothold within the industry.

Picking right up where Dystopia left off, the new album, Edge Of Humanity, was conceived with the help of producer Russ Russell (NAPALM DEATH, DIMMU BORGIR, EXPLOITED). Drawing on all their life and musical influences thus far, ERADIKATOR set out to steamroll through barriers plaguing new school thrash bands. Rather than simply cranking out up-tempo riffs and barrage of double kick drums to get fans excited, ERADIKATOR constructed thoughtfully crafted material choosing to reward listeners with an album that showcases their maturity and evolution as a band, while never giving up on the key elements that makes heavy metal great.

FOR FANS OF:
METALLICA, XENTRIX, TESTAMENT and EVILE