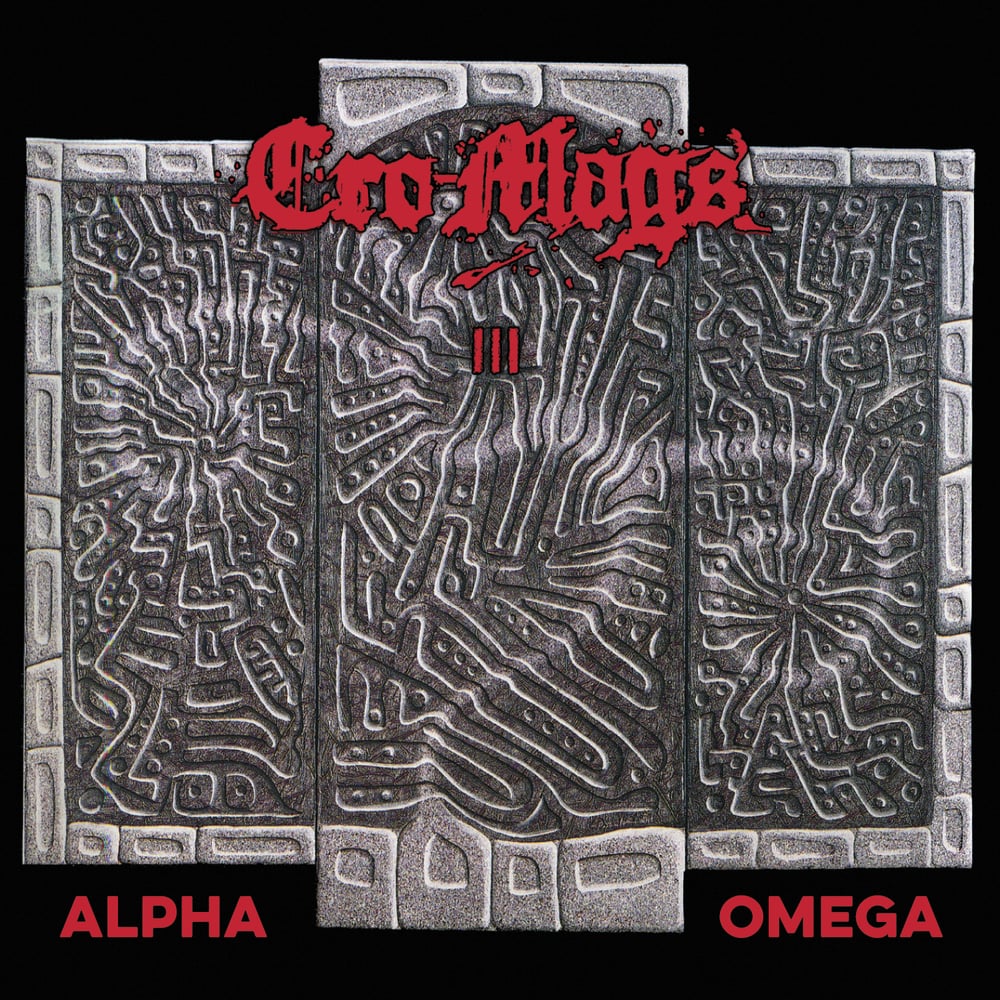 OVERVIEW:
Divebomb Records is currently in the midst of a flourishing partnership with Century Media Records—a relationship that began back in 2010 with our initial reissue of one of the most wrongfully scorned crossover albums of all time: Alpha - Omega, by the CRO-MAGS. Amongst the fastest-selling reissues in the label's history, that first pressing sold out in just eight months... which brings us to this long overdue expanded repress for 2016.

Since Alpha - Omega's debut in 1992, its creative origins have been long-disputed between the band's members and fans alike, and it's only in the past five years or so that the album seems to finally be gaining some respect—largely from a younger generation of fans who have come up in a scene that is more receptive to a wide range of influences. We at Divebomb Records remain unconcerned with the drama, as the CRO-MAGS created some of their most outstanding material during this turbulent segment of their timeline. A bold statement ripe for debate, sure, but the bottom line is that Alpha - Omega is—in our opinion—some of the finest crossover metallic hardcore that New York City has ever produced. Period.

We won't bore you with typical descriptions, because the legacy of the CRO-MAGS speaks for itself. The music is what truly matters, and we're thrilled to once more bring this much-treasured classic back into the favorable light it has always deserved! This expanded repress of Alpha - Omega features the same crushing audio from 2010 (fully remastered by Jamie King at The Basement Recording) alongside a fully overhauled layout that includes photos, archival press clippings, and an all-new interview with former CRO-MAGS guitarist Gabby Abularach. For the fans, by the fans!