BANSHEE - Race Against Time + Cry In The Night 2xCD 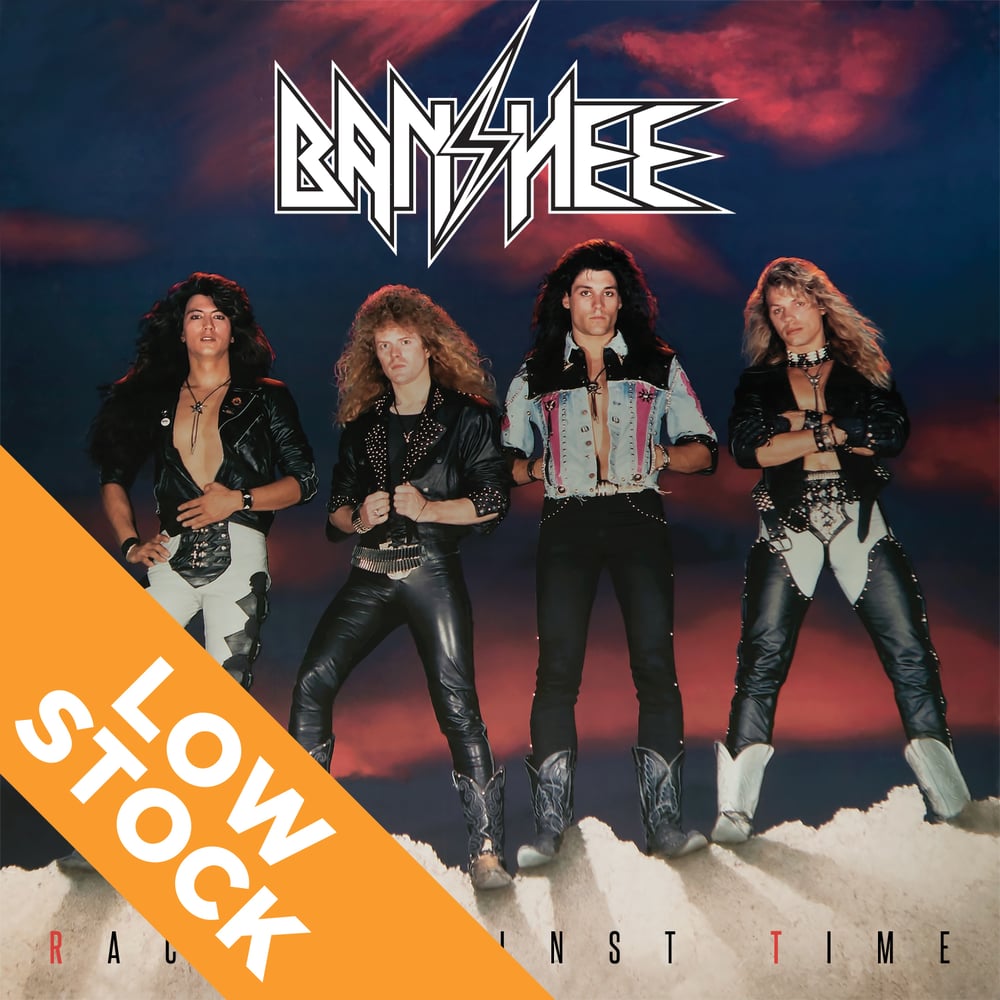 OVERVIEW:
Rising from the Midwestern hard rock scene of the mid-‘80s, BANSHEE was a band that balanced traditional heavy metal with melodic hard rock with winning results. Featuring former members of such underground Kansas City groups as Granmax and Frodo, BANSHEE was fronted by Tommy Lee Flood, a vocalist that many have compared to Ronnie James Dio in his range and power. A few years after forming, BANSHEE self-released their Cry in the Night EP, selling so many copies independently that both Metal Blade and Atlantic Records courted the young act.

BANSHEE ended up signing on with A&R legend Jason Flom at Atlantic Records, but not before licensing the EP to Metal Blade, in turn bringing international attention to the group. 1989 found the quartet releasing their debut album, Race Against Time, an 11-song collection that focused on their more melodic tendencies. Despite MTV’s Headbangers Ball giving the band’s “Shoot Down The Night” video healthy airplay, behind-the-scenes drama lead to BANSHEE being dropped by Atlantic Records. The group would break up in 1993 after releasing their Take ‘Em By Storm that year on their own Snowblind label.

Now, over 30 years since BANSHEE formed, Divebomb Records is excited to bring you the Race Against Time + Cry In The Night 2 CD set with each release pressed on its own CD. The remastered collection will feature archival BANSHEE photos from throughout their career. In addition, there’s a new interview with guitarist Terry Dunn done by NoEcho.net’s Carlos Ramirez especially for this reissue. With both titles long out of print, this is your chance to own two pieces of melodic hard rock gold all over again.