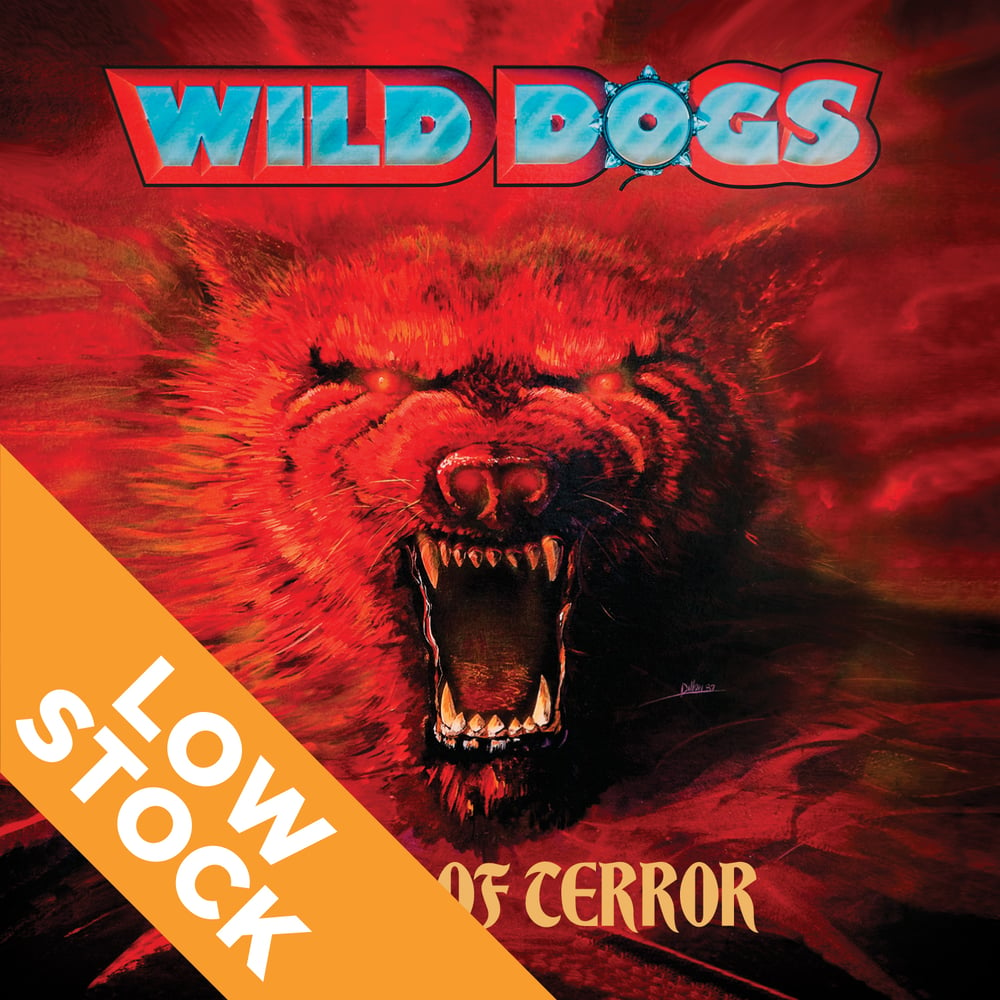 OVERVIEW:
Portland’s WILD DOGS strategically decided to switch things up after two successful albums with popular indie metal label, Shrapnel Records. The first major change came with the recruitment of new vocalist, Michael Furlong, to fill the newly vacant front man position. His arrival brought with it an entirely new range and influence the band magnificently channeled into their compositions. Secondly, the band collectively decided to supercharge their ferocious musical tactics for what would become their magnum opus, Reign Of Terror, which helped to define and influence US Power Metal for years to come.

Originally released in 1987, Reign Of Terror was supposed to set the scene afire with its potent mixture of power metal and blazing thrash metal, but the timing couldn’t have been any worse. Their new label, Enigma Records, went belly up a few months after the album’s release and that was that. The band did continue on without label support playing shows when they could and even began work on a follow up album. However, music industry climate in the early 90s was not promising for metal acts and WILD DOGS decided to throw in the towel.

Divebomb Records is excited to present Reign Of Terror in this special deluxe edition reissue. The 20 page booklet contains band supplied archival photos and features full lyrics with brand new interview with Jeff Mark detailing the making of the album. This edition also contains 3 high quality pre-production demos including the never before released track, “Eat You Alive.” This is a reissue for the fans, by the fans.

TRACK LIST:
1. Metal Fuel (In The Blood)
2. Man Against Machine
3. Call Of The Dark
4. Siberian Vacation
5. Psychoradio
6. Streets Of Berlin
7. Spellshock
8. Reign Of Terror
9. We Rule The Night