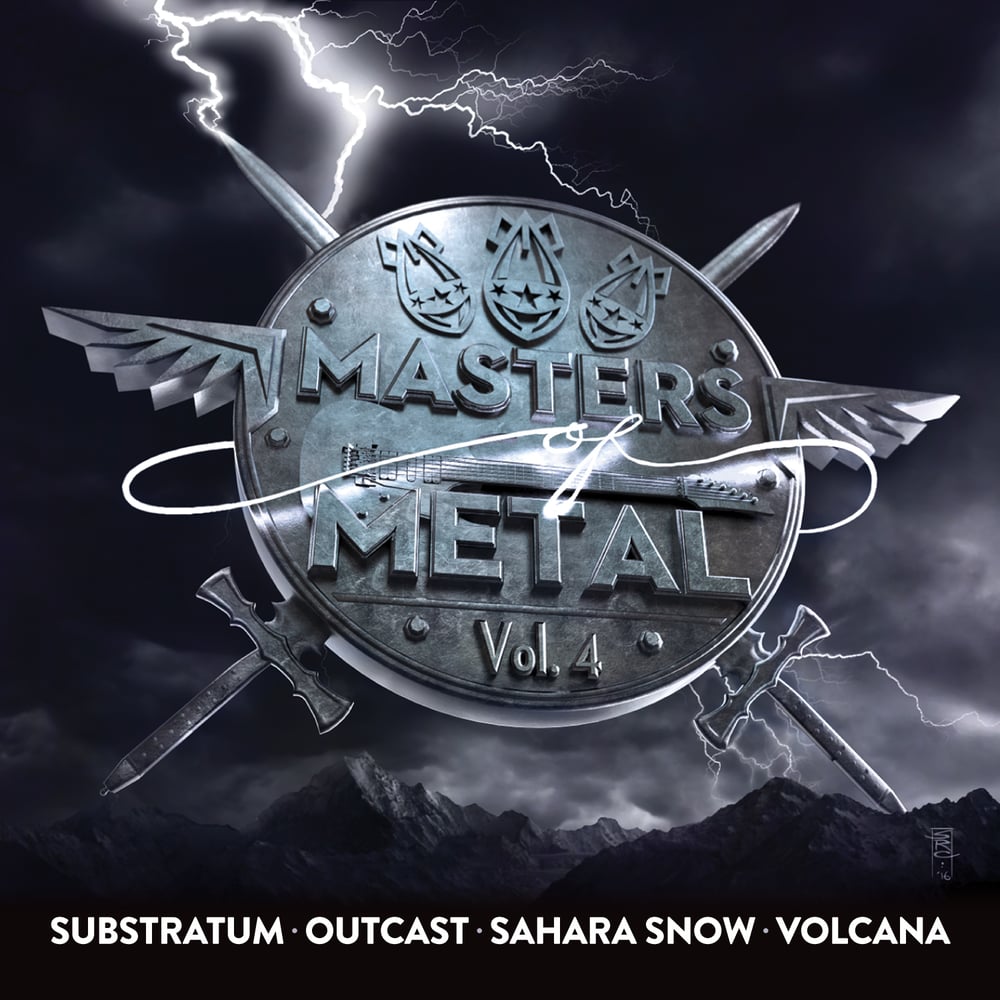 The 16-page, full-color booklet is emblazoned with unique emblem artwork by Steven Cobb; and despite being a compilation series, every band is fully represented within—displaying the original cover art for each release, as well as lyrics, photographs, etc. Masters of Metal provides yet another means for Divebomb Records to focus their passion for quality in order to champion current metal acts that are out there raging today... as always: for the fans, by the fans!

VOLCANA
16. A Lion Among Jackals
17. Table Of Stone