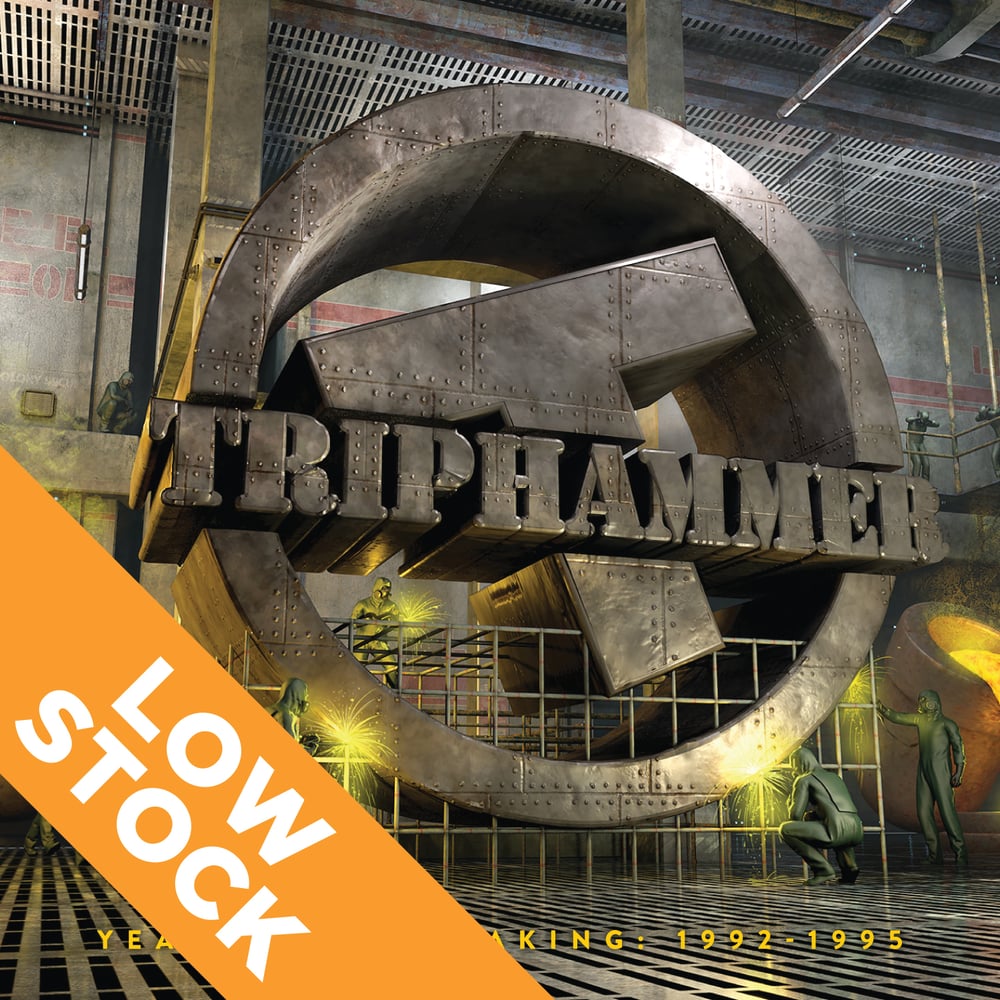 DECLASSIFIED INFORMATION:
TRIPHAMMER was formed in Brockton, MA in 1990 by members having served time in Bad Karma, Poseidon, and RumbleStiltskin. The group quickly struck up a close friendship with fellow local metalheads Wargasm, whose guitarist Rich Spillberg helped engineer their debut demo, It's About Time, in late-1991. Such powerfully epic and catchy yet thrash-rooted songwriting was just as capable of appealing to fans of Queensrÿche as it was to those of Pantera, and subsequently found TRIPHAMMER opening for everyone from Savatage and Overkill to Biohazard and Mucky Pup.

A second four-song demo followed in 1994, subtly hinting at influences borrowed from the era's grunge-tinged sounds of Alice in Chains and Soundgarden, but remaining true to the band's melodic thrash roots. However, utilizing a new rhythm section that included former Wargasm drummer Barry Spillberg, TRIPHAMMER would reinvent itself in 1995, tracking one final demo centered around shorter, more in your face material designed to incite a response from live audiences.

Somehow, despite a wealth of potential—and interest from Noise Records, among others—TRIPHAMMER failed to secure a recording contract. By 1996, frontman John Falzone was out, guitarist Dan Dykes had taken over the vocals, and the group was soldiering on under a new name: Every Second. TRIPHAMMER would later go on to self-release their first two demos on CD in 2003, performing sporadic reunion shows ever since; but a proper, complete discography never saw the light...

Until now, as more than two decades after the fact, Divebomb Records is proud to present Years in the Making: 1992 - 1995. This definitive 13-song collection includes all three TRIPHAMMER demos, plus a bonus live track recorded during their 2003 reunion. Remastered by Jamie King at The Basement Recording, the disc is housed alongside an extensive 24-page booklet loaded with photos, flyers, press clippings, lyrics, and a retrospective interview with the band. For the fans, by the fans!