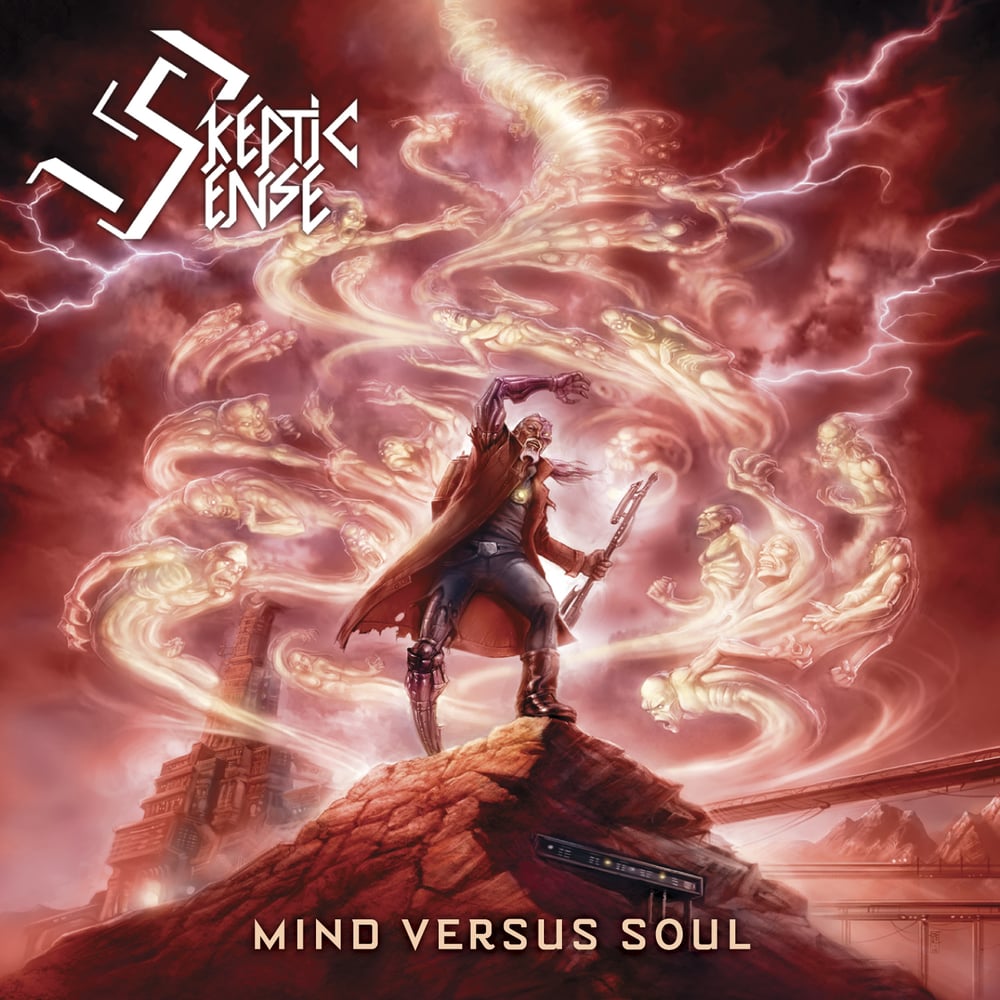 OVERVIEW:
The roots of SKEPTIC SENSE date back to southern Germany circa 1987, when co-workers Stephen Thumm (guitar) and Peter Sugg (guitar) bonded over their love of heavy metal and decided to form a band called Sluggard with friends (and half-brothers) Jürgen Knörle (bass) and Joachim Klinkosch (drums). After finally securing vocalist Cornelius Halder and releasing their debut demo in 1990, the group's final lineup was solidified in 1991 with a new drummer, Ilias Fischer, and a new name, SKEPTIC SENSE—inspired by lyrics from the SANCTUARY song "Future Tense."

Increasingly influenced by more progressive metal acts such as FATES WARNING, WATCHTOWER, and fellow Germans SIEGES EVEN, SKEPTIC SENSE advanced towards a more technical direction -- recording one more demo, Harmony of Souls, before entering Delta Studios in Wilster, Germany to begin work on their lone full-length, Presence of Mind—released by Inline Music sub-label Gorgon in 1994. Unfortunately, the record label had mysteriously disappeared by the end of that same year, so SKEPTIC SENSE was unable to capitalize on the favorable press received by Harmony of Souls, and Presence of Mind went largely unheard—the band falling apart shortly after its release.

Now, more than two decades later Mind Versus Soul: The Anthology collects the complete, 16-song SKEPTIC SENSE discography, fully remastered by Jamie King at The Basement Recording. In addition to all-new cover art by Steven R. Cobb, the booklet includes a retrospective interview by Andrew Aversionline (of NoEcho.net), lyrics, and photographs direct from the band's archives—finally treating this underappreciated jewel of progressive thrash metal as the cult classic for which it has always deserved to be recognized... for the fans, by the fans!

FOR FANS OF:
WATCHTOWER, SPIRAL ARCHITECT, SIEGES EVEN, TARGET, ARCANE

POINTS OF INTEREST:
• All material was out of print for over 20 years
• 16 page booklet with new in-depth interview, lyrics and archival photos
• Full discography including their rare “Demolition I” demo tape
• Limited edition
• Mastered by Jamie King
• Layout/Restoration by Adam Peterson