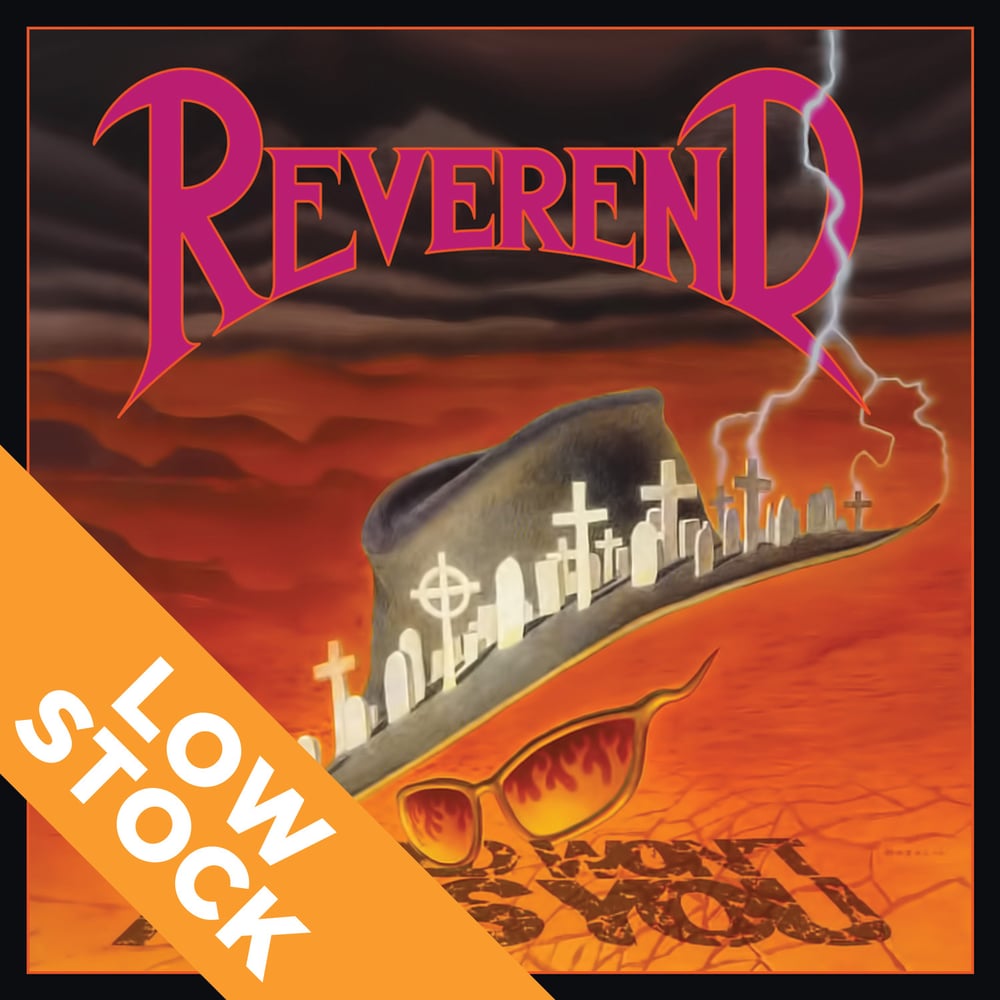 OVERVIEW:
Despite traditional heavy metal falling out of favor in their hometown of Los Angeles, REVEREND never compromised their musical vision to try and fit in like many of their counterparts awkwardly did. Album tracks like “Another Form of Greed” and “Butcher of Baghdad” found REVEREND mining from their classic metal roots and infusing the material with a modern thrash bite. It was a perfect marriage of both the song craft of early ‘80s metal with the muscular guitar tones of the day.

Their debut EP surfaced in 1989, but it wasn't until REVEREND delivered two classic thrash tinged heavy metal albums that people took serious notice. 1990’s World Won’t Miss You and 1991’s Play God brought the group critical acclaim, and helped grow their fan base throughout the globe.

World Won’t Miss You and Play God, both long out of print, are now getting the Deluxe Edition treatment from Divebomb Records. The new discs both include brand new mastering, bonus tracks and new essays culled from a conversation between former REVEREND guitarist Brian Korban and music journalist Carlos Ramirez of noecho.net.