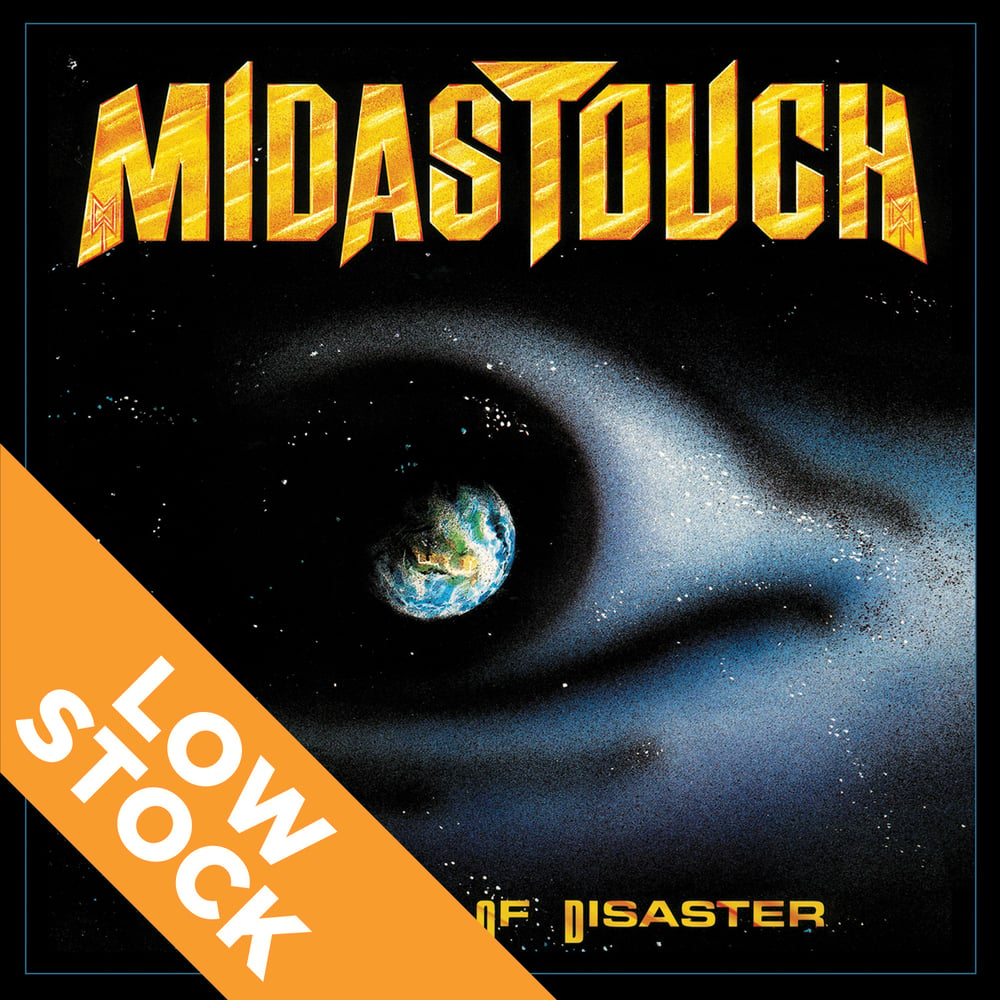 OVERVIEW:
Unlike San Francisco, New York City and Germany, Sweden was never quite the hotbed for thrash activity in the '80s, but there was one band that made plenty of “Noise” with their first demo tape, Ground Zero. The self-released cassette from Uppsala’s MIDAS TOUCH rapidly made its way through trading circles and as such attracted attention from a prominent German metal label Noise Records. The label that counted acts like Helloween, Vendetta and Coroner on their storied roster, eventually signed Midas Touch on the strength of their demo.

Producer Roy M. Rowland (Laaz Rockit, Kreator, Testament) was brought in to work on what would become Midas Touch's sole album, 1989's Presage of Disaster. A rollicking romp of technical thrash in the vein of Deathrow, Sabbat and D.B.C., the album garnered raves from the metal literati, eventually gaining sales in excess of 60,000 units.

But along the pathway to assured success Midas Touch’s flame was extinguished, ending their run while demoing material for their unreleased second album, The Deliberate Stranger. As unfortunate as their early demise was, Midas Touch unquestionably still left its mark on the metal world with their menacing debut, Presage of Disaster.

The album has been out of print for nearly 20 years and fetching high dollar collector prices online, but MIDAS TOUCH has remained a cult favorite with die-hard thrash fans. This Presage Of Disaster deluxe edition contains brand new mastering and a redesigned 16 page booklet with scrapbook style memorabilia clippings of the band’s history plus new interview and essay. It also includes two never before released pre-production demos from the band’s personal vaults and their debut Ground Zero cassette. For the fans, by the fans.

FOR FANS OF:
METALLICA, VENDETTA, DEATHROW and KREATOR