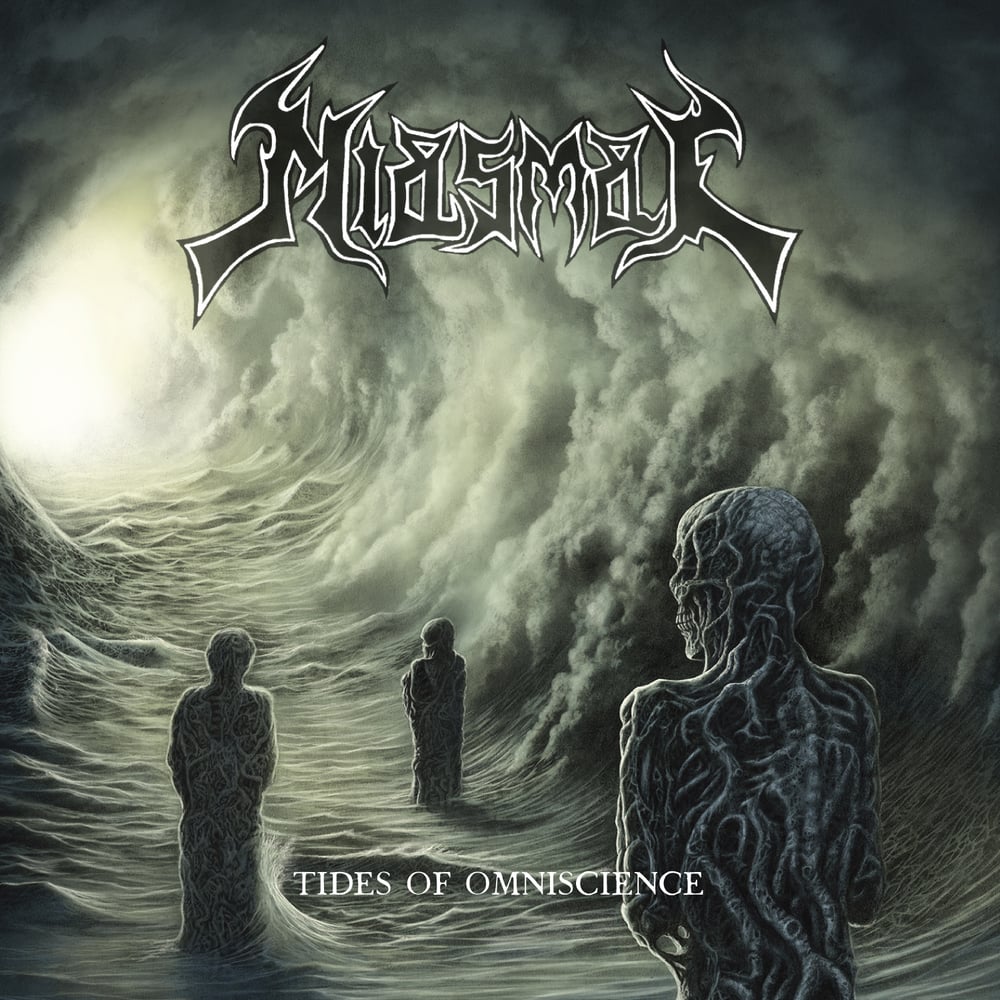 OVERVIEW:
Since forming in 2007, Swedish death metallers MIASMAL have gone from promising upstarts—the group's self-titled debut made underground waves in 2011—to innovative veterans. The Gothenburgers' new album, Tides Of Omniscience, isn't just transformative, it's proof positive that in the confines of death metal there's plenty of room for forward progress without uprooting what the forefathers had in mind. Whereas previous album Cursed Redeemer was hewn from Cthulhu's tentacles and doused in a vat of Sweden's dirtiest swill, MIASMAL’s new album is a revelation of ultra-tight, razor-sharp death. Tides Of Omniscience represents a band on the verge of greatness—both utterly savage yet melodically epic.

What sets Tides of Omniscience apart from every death metal album in 2016 is its brutality and diversity. Tracks like "Deception" and "The Shifting Of Stars" are next-generation incredible—sonically, they're cut from the same cloth as Cursed Redeemer's closing track, "2013"—insofar as they wave the blastbeat banner triumphantly while also pairing the intensity with killer guitar solos and breathtaking acoustic passages. Other tracks like "Axiom" and "Key To Eternity" pivot on a healthy dose of heavy Swedish hardcore— MIASMAL frontman Pontus Redig also plays guitar with lauded outfit MARTYRDÖD. By folding in unhinged hardcore, MIASMAL have given their brand of death metal a fire-breathing engine. Really, Tides Of Omniscience is the Swedes' most note-worthy release to date.