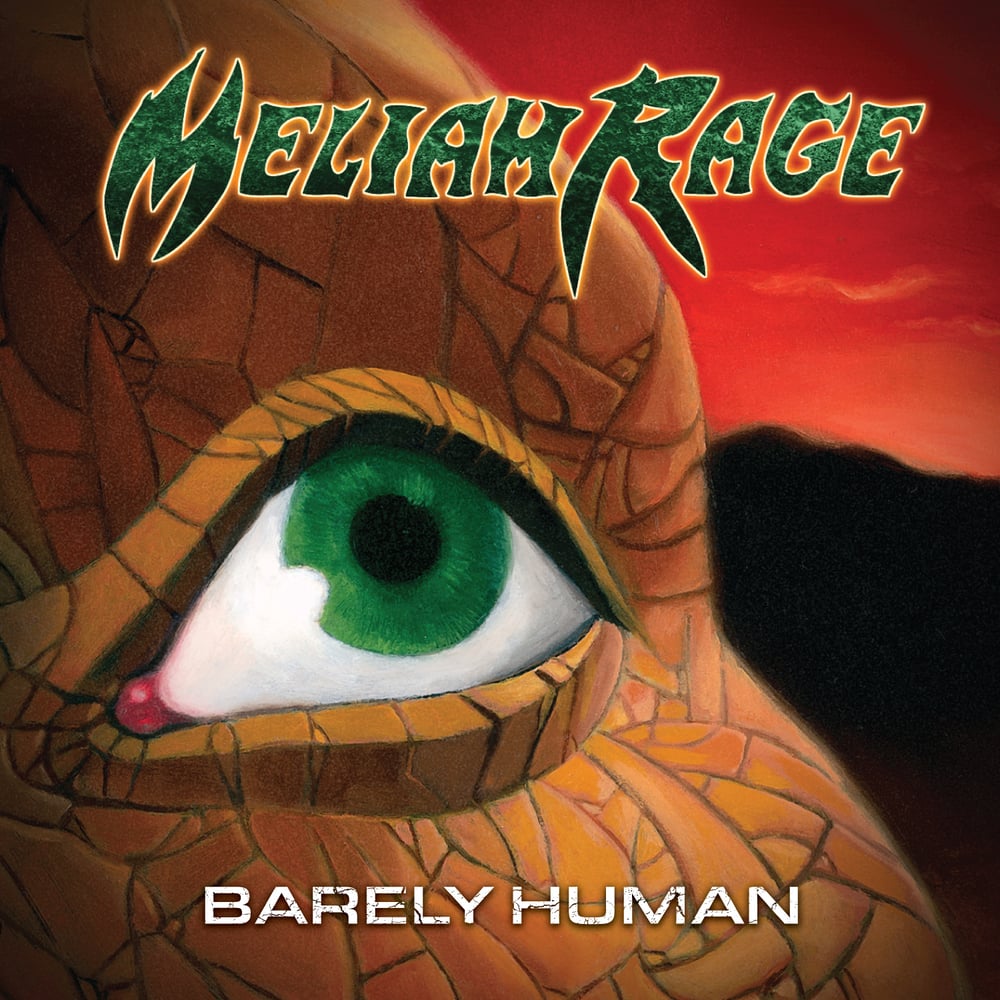 The resulting nine-song, 45-minute album, Barely Human, represented an inspired and reinvigorated MELIAH RAGE—possessing more powerful drive and energy than even some of the band's earliest work, while still retaining the contrasting dynamics of a classic album like Solitary Solitude. The reaction from fans was overwhelmingly positive, and the group filmed a video for the disc's title track—which was also featured in an episode of the FX television series The Shield. Select live appearances of the era included stops at the Classic Metal Festival (Chicago, IL) and Metal Mind Rage II (Baltimore, MD).

Now, more than a decade later, Divebomb Records is proud to partner with MELIAH RAGE for this CD reissue of Barely Human. Freshly remixed and remastered by Peter Rutcho for much-improved sound quality, this edition also features an updated cover painting by artist Marco Fumi, complete lyrics, as well as a retrospective interview with guitarist Anthony Nichols. For the fans, by the fans!