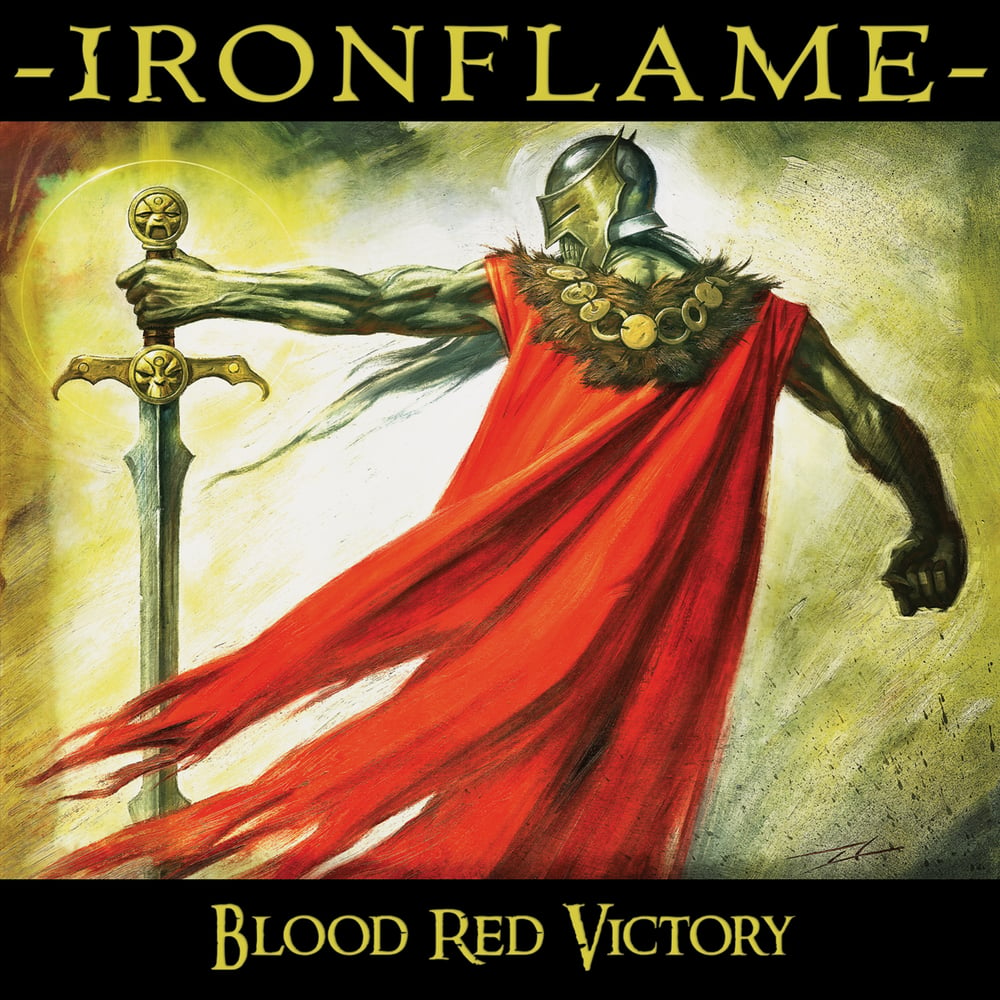 OVERVIEW:
Hailing from eastern Ohio and western Pennsylvania, IRONFLAME is a modern heavy metal outfit with traditionally-based ideals. Their fist-banging anthems hearken back to the sounds of such venerable acts as Riot, Nocturnal Rites, Running Wild, and Fifth Angel. Multi-instrumentalist Andrew D'Cagna formed IRONFLAME in late-2016 as a solo project, but the group soon became a formidable live unit. The current performing lineup consists of D'Cagna on vocals, guitarists Quinn Lukas and Jesse Scott, James Babcock on bass, and Noah Skiba behind the kit.

IRONFLAME has played high-profile festivals such as Legions of Metal in the U.S. and Keep it True in Germany alongside metal heavyweights such as Armored Saint, Grim Reaper, Flotsam and Jetsam, and Uli Jon Roth; and—having recently completed a European tour with Comaniac—a return to Europe is already taking shape for 2020 in support of the band's forthcoming third full-length, Blood Red Victory. Recorded, performed, mixed, and mastered by D'Cagna (with guitar leads by Lukas and Scott) at Sacred Sound in Martins Ferry, OH from December 2018 through February 2019, Blood Red Victory finds IRONFLAME once again brandishing their trademark approach to soaringly triumphant heavy metal hymns. Regarding its subject matter, D'Cagna states, "There is a recurring theme of victory in the lyrics for this album. Some songs have an air of chest-out confidence; others are about overcoming adversaries or even adversity itself. Most have been written from a 'we/us' perspective, which makes the listener feel like, 'We're in this together.'"

Clocking in at 10 tracks in just over 50 minutes, Blood Red Victory is slated for release in February of 2020—once more through Divebomb Records. As with past efforts from IRONFLAME, the disc will be a must-have for diehard fanatics of heavy metal's true legacy!