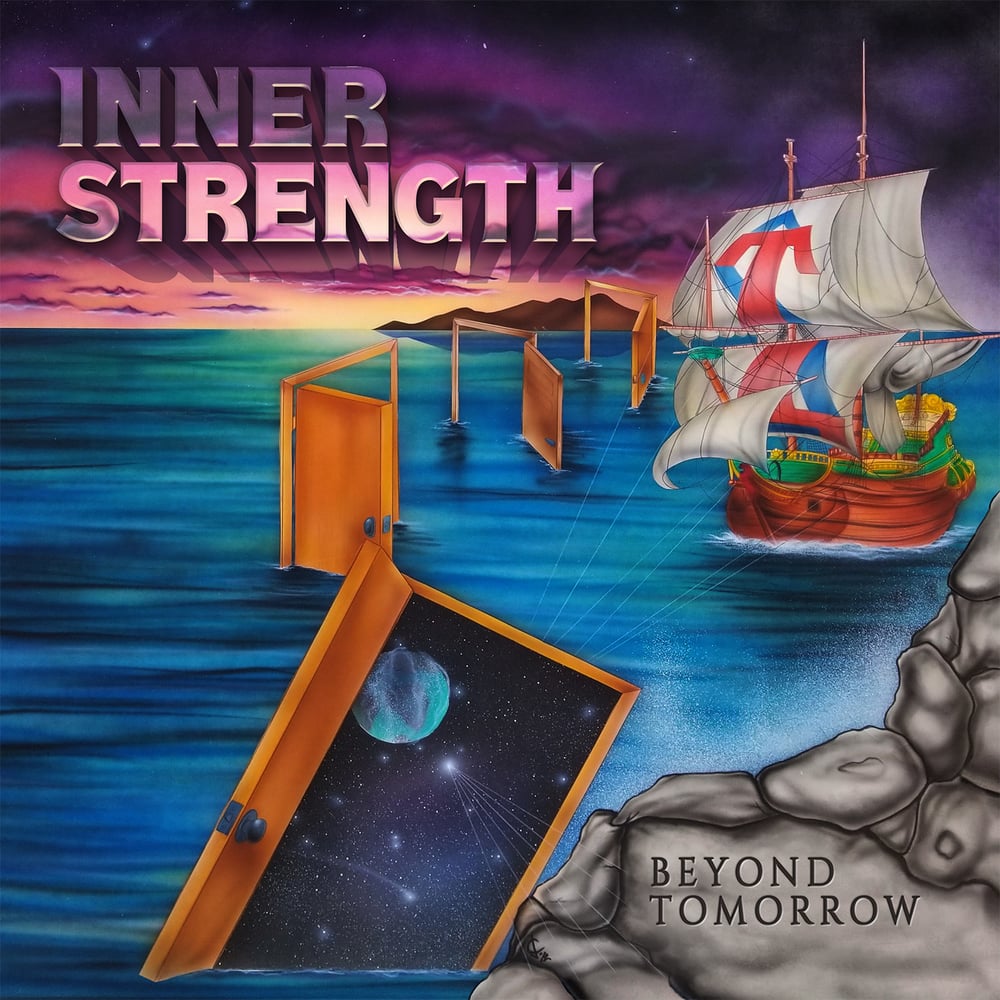 OVERVIEW:
The earliest, little-known incarnation of INNER STRENGTH formed in 1986 in Long Island, NY as a crossover hardcore/punk outfit—portions of which would eventually resurface in NYHC notables Beyond (and later Quicksand, among others). Three demos and three years later, founding vocalist Scott Oliva endeavored to put together a stable all-new lineup, transforming INNER STRENGTH into the progressive metal unit for which the band is now remembered. This formation of the band finally took shape by the fall of 1990: Oliva joined by drummer Joe Kirsch alongside former Arioch members Justin Hosman (bass) and Joe Marselle (guitar).

Two demos into their early-'90s rebirth, 1992 found INNER STRENGTH welcoming in new drummer Frank Todarello prior to tracking their next five-song effort, Beyond Tomorrow. This led into recording a series of new tracks with Bob Van Der Mark at Legend Studios (Internal Bleeding, Morpheus Descends, Sick Of It All, etc.) for the group's lone full-length, Shallow Reflections. Released by German label Institute of Art Records in 1993, the album sold roughly 2,000 copies in its first week. Unfortunately, the label started to crumble not long after—in the midst of negotiations to secure INNER STRENGTH an opening slot for Dream Theater’s European tour promoting Images and Words, no less.

Shallow Reflections has remained an unsung classic of top-shelf progressive metal, so decades later, Divebomb Records is thrilled to present Beyond Tomorrow—disc two of a comprehensive three-disc series—compiling INNER STRENGTH's 1992 Beyond Tomorrow demo with sessions that became the 1993 full-length Shallow Reflections, plus a long lost unreleased track from the album sessions that has been freshly remixed from an original reel-to-reel transfer as well as a BRAND NEW, 14-minute epic: "Weapons of Mass Deconstruction." Initially composed and partially recorded back in 2016, "Weapons of Mass Deconstruction" was given the full INNER STRENGTH treatment when inspiration struck in honor of this string of reissues. Remastered by Jamie King at The Basement Recording, the disc will be packaged alongside a thick booklet full of ephemera, and part two of a retrospective interview with Scott Oliva and Joe Marselle. For the fans, by the fans!

TRACK LIST:
1. Pull The Strings
2. A Choice Of Reason
3. The Human Error
4. Sea Of Scarlet
5. Questions Of Fear