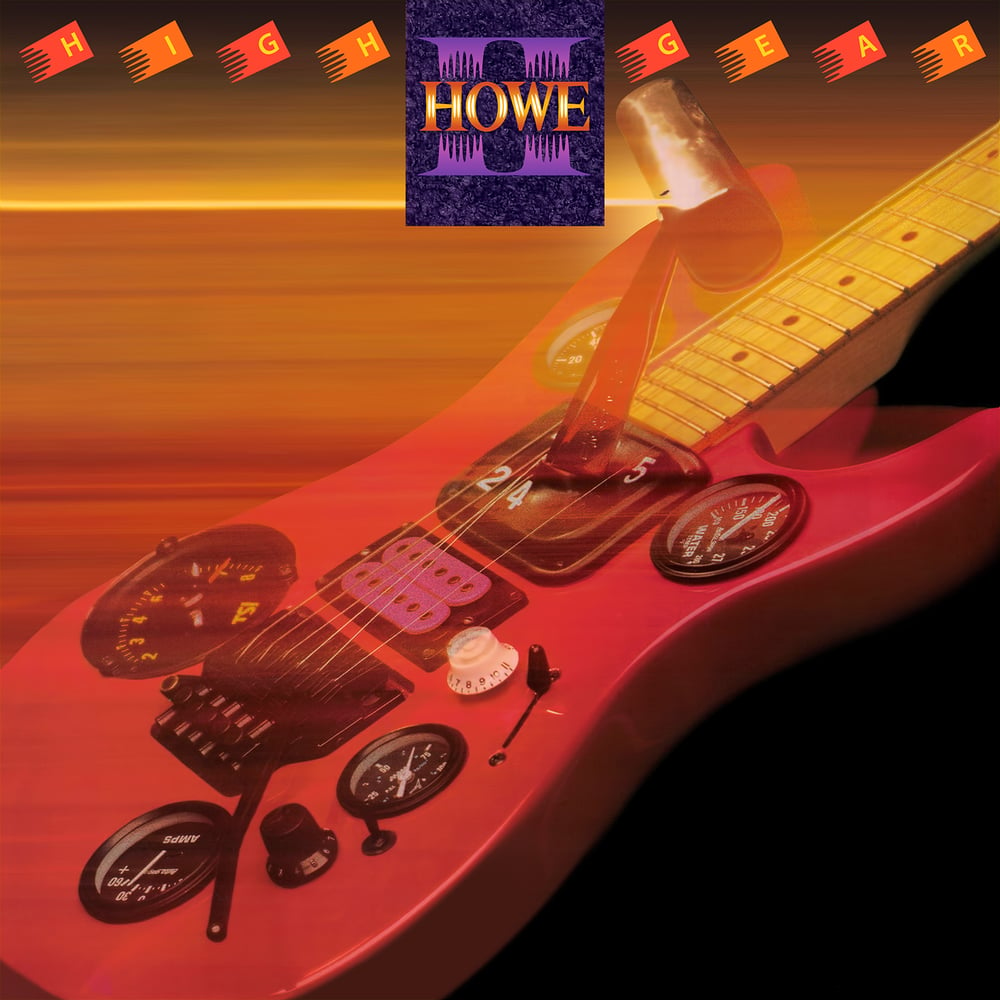 OVERVIEW:
When groundbreaking guitarist Greg Howe inked a deal with Shrapnel Records during the late-'80s, the terms included two full-band vocal albums by the group Greg had been working on with his brother, vocalist Al Howe, for years prior. Formerly known as Duke, the band was fittingly rechristened HOWE II once joining the Shrapnel roster, rounding out its lineup with bassist Vern Parsons and drummer Joe Nevolo before issuing stunning debut full-length, High Gear, just one year later in 1989.

Featuring 10 tracks of high-octane, metal-infused hard rock—imagine Van Halen on nitrous oxide—High Gear may have boasted scorching guitar work at its core, but there was no lack of emphasis on well-honed songwriting. Extraordinary musicianship was seamlessly maneuvered into a framework of memorable compositions packed with power and emotion—as heard in the exuberant title track, the mid-paced pulse of "Thinking of You," or the bluesy bounce of "Social Fever," to cite but a few.

Out-of-print for years and long overdue for another chance to be heard, Divebomb Records is thrilled to present this licensed reissue of High Gear. Freshly remastered by Jamie King Audio, the CD—limited to just 1,000 copies—will come housed alongside an all-new 16-page booklet featuring: lyrics, plus a HOWE II-centric interview with Greg Howe himself, conducted toward the end of 2020. For the fans, by the fans!