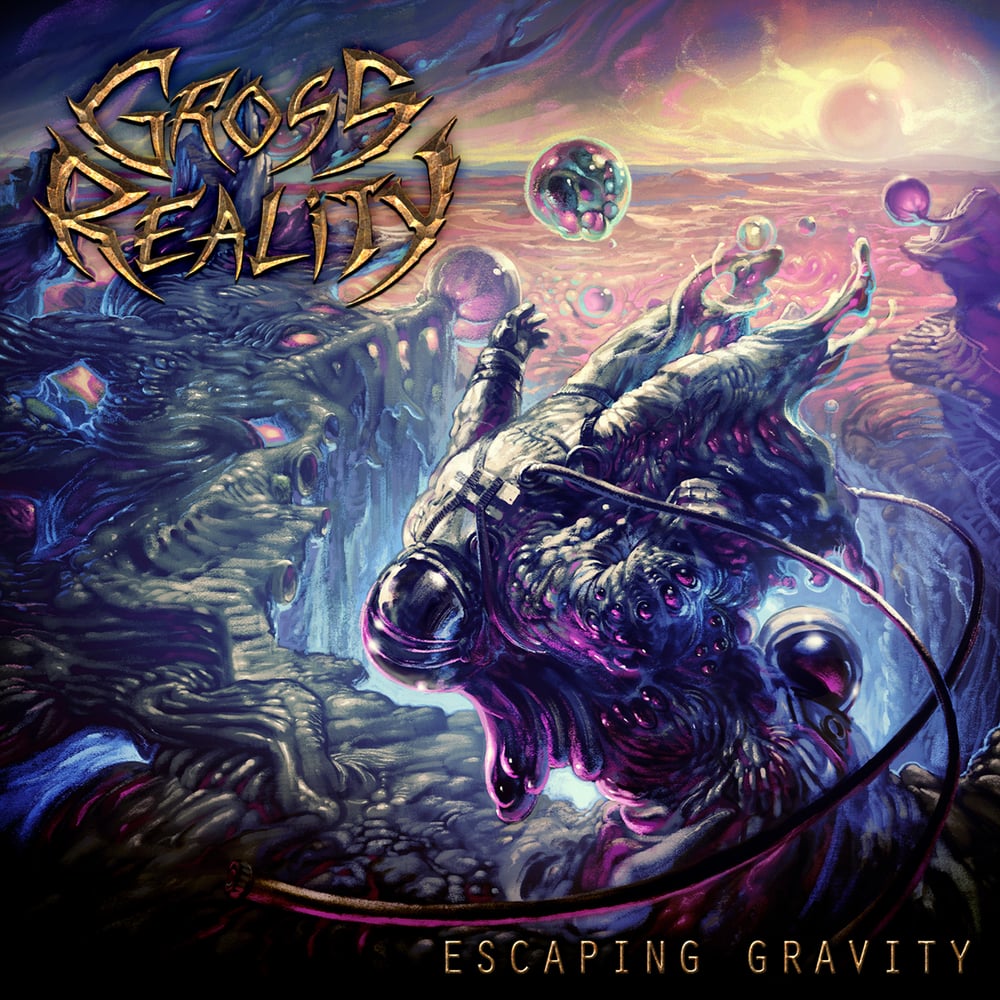 OVERVIEW:
Formed all the way back in 1991, Raleigh, NC melodic thrash outfit GROSS REALITY amassed an impressive live résumé throughout the early-'90s; sharing the stage with legends such as Bolt Thrower, Cannibal Corpse, Confessor, Deicide, Type O Negative, and Unleashed. However, the band had left behind not a single recording at the time of their initial demise in 1996.

Reforming in 2009 at a time when high-level thrash metal was coming back with a vengeance, GROSS REALITY continued to gain exposure on the live front, performing alongside longstanding icons such as Death Angel and (at the time) relative newcomers such as Evile and Bonded by Blood alike. This culminated in 2014, when Divebomb Records finally unleashed the reunited group's long overdue debut full-length, Overthrow.

Escaping Gravity's individualistic brand of tight, high-energy thrash strikes a constant balance between focused aggression and emphatic melody—at times even dipping its toe into more ambitious and prog-leaning waters, sure to pique the interest of those in search of more technical and complex fare. The end result should appeal to fans of everyone from Testament to Powermad; not to mention a younger generation of listeners more accustomed to the contemporary sounds of acts like Charred Walls of the Damned, Havok, and Gama Bomb.

FOR FANS OF:
POWERMAD, CHARRED WALLS OF THE DAMNED, TESTAMENT, ANNIHILATOR & HAVOK