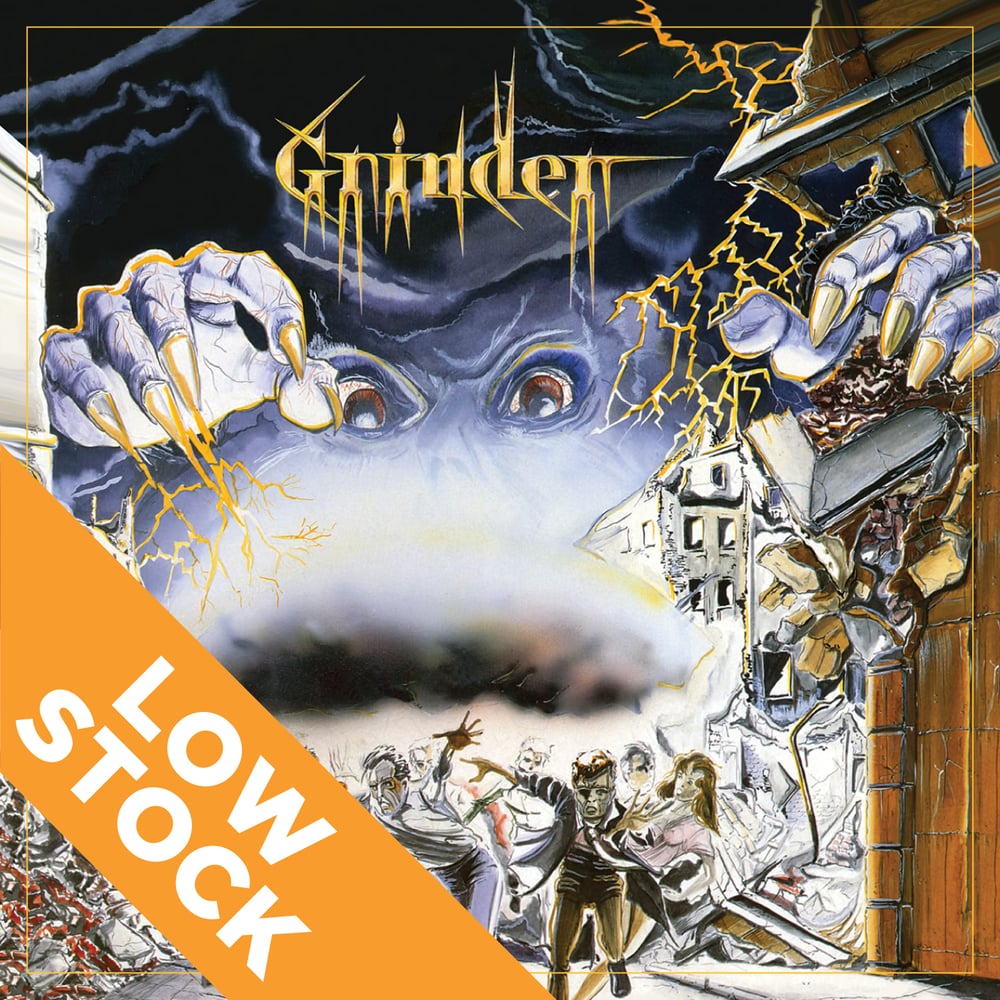 OVERVIEW:
During the height of the worldwide thrash movement there were several epicenters of activity. While New York and the Bay Area were perhaps the most prominent, Germany’s big three; Sodom, Kreator and Destruction were leading the charge on the European front. However, what some thrash fans may not be aware of is that there was a secondary stratum to that scene which had some phenomenal, albeit lesser known, acts recording some ambitious material. GRINDER were one of those bands who released three albums worth of “in your face” thrash/speed metal during their brief existence. Divebomb Records is excited to present a deluxe edition of their outstanding debut album, Dawn For The Living, which features not only 4 bonus tracks but new essay by Noecho.net’s Carlos Ramirez and archival photos provided by the band members themselves.

Dawn For The Living has been out of print for nearly 20 years and was originally fetching high dollar collector prices online until bootleg copies began to circulate within the European market. Divebomb Records and the members of GRINDER have partnered up, once again, to take on these illegal activities directly by issuing a band approved deluxe edition reissue. We hope that we can take the music back and support the artists that created it rather than support those simply repressing “knock off” copies for a quick buck. As always, we are fans doing this for the fans.