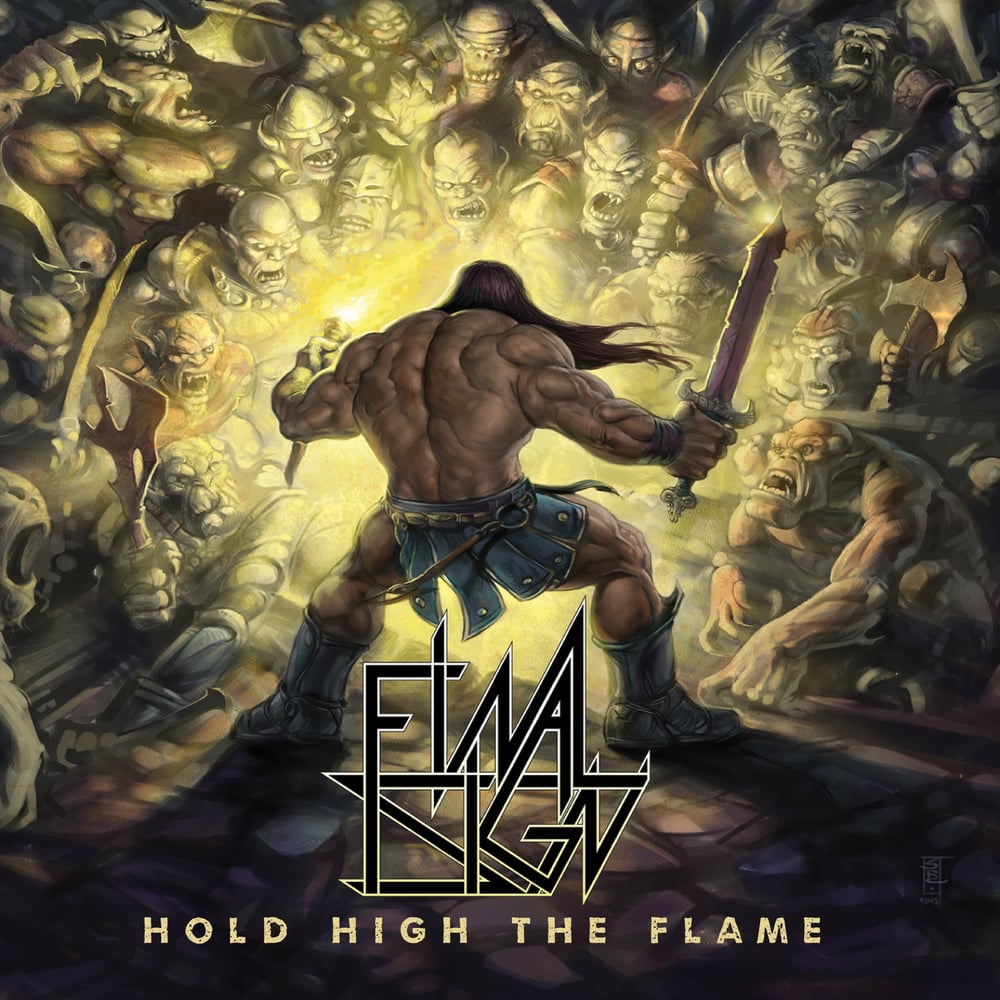 OVERVIEW:
The musical partnership between vocalist Shawn Pelata and guitarist Brian "Hellstorm" Williams dates back to 1999, when Brian contacted Shawn with the hope of recruiting him to sing for a new project he was putting together. That short-lived endeavor became K-OCTAVE—yielding a single, highly praised album, Outer Limits, issued via Germany's Hellion Records in 2001.

Williams then continued with his main band, underground metal giants OCTOBER 31; while Pelata released two albums with melodic rock outfit LINE OF FIRE, as well as working with metalcore cultists KILLWHITNEYDEAD. The two kept in touch, vowing to one day work together again when the time was right.

That time, it seems, is now. An unstoppable riff machine (he's not called "Hellstorm" for nothing), Brian soon found himself with new players, and eight new songs in need of the right voice. He knew just who to call: Shawn was brought on board and—alongside Kevin Haverlah (drums) and Howard Baker (bass)—FINAL SIGN was born.

Divebomb Records is proud to present the debut album from FINAL SIGN, Hold High The Flame, upon the heavy metal faithful. It's a ravenous blend of US power metal, thrash and old school heavy metal—executed with unbridled anger and intensity!