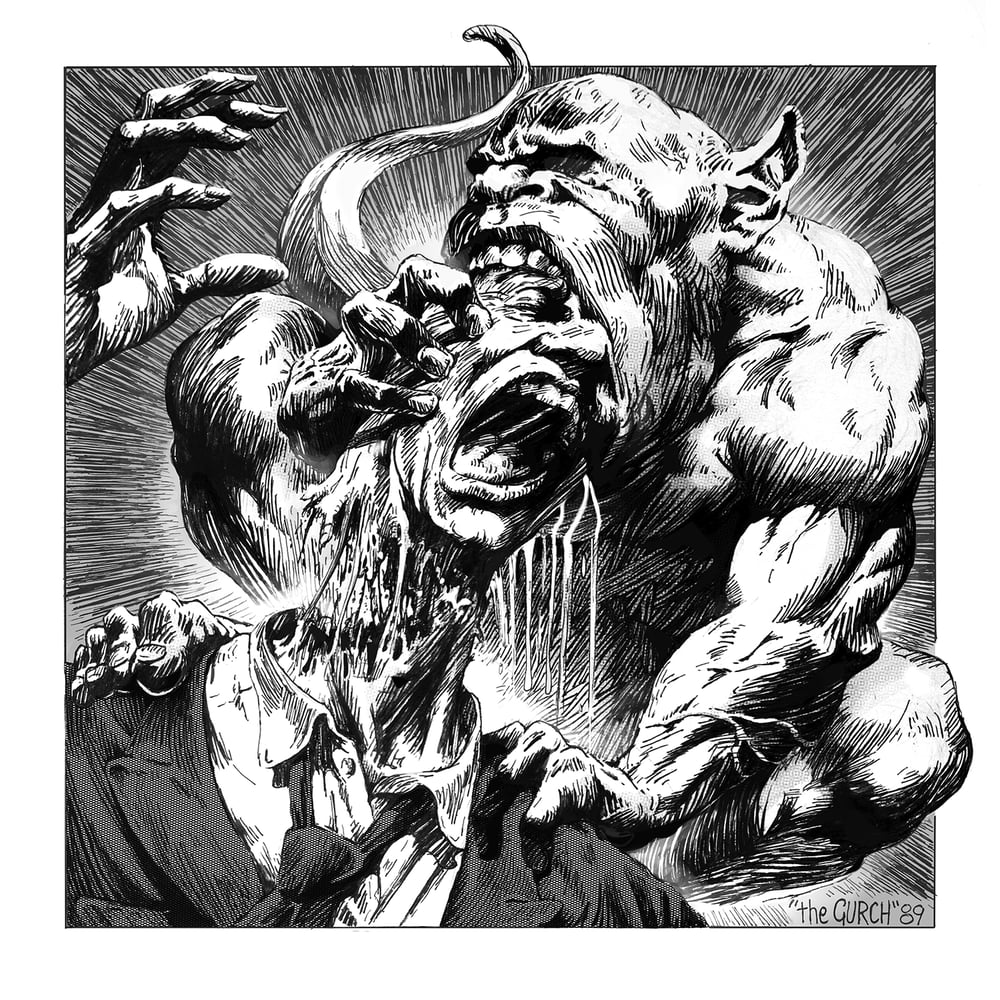 DECLASSIFIED INFORMATION:
The criminally short-lived and underrated EPITAPH began taking shape in Tampa, FL circa 1990, when drummer Kevin Astl and guitarist/vocalist Tony Teegarden eventually hooked up with Wayne Burgess (guitar) and Mark Good (bass). The quartet specifically set out to craft an intelligent and technical form of death metal that was brutal yet digestible, and by 1991 found themselves recording a three-song demo with Tom Morris at the legendary Morrisound Recording—complete with backing vocals from Obituary’s John Tardy. Burgess was replaced by Scott Senokossoff on guitar, and an equally excellent two-song 1992 demo was once more tracked at Morrisound, this time with the mighty Scott Burns.

Having performed live alongside Atheist, Resurrection, and even a slot opening for Pantera, the band’s mind-bending output (crucially perfect for fans of demo-era Cynic) finally caught the attention of Massacre Records—with whom they nearly secured a deal—but, sadly, negotiations gradually fell apart. While EPITAPH absolutely should have gone on to become heralded alongside renowned Florida greats such as Cynic and Atheist, the group instead found itself unofficially “done” before the end of 1992, at which time Teegarden auditioned for Cynic and would go on to contribute to their groundbreaking masterpiece, Focus.

At long last, nearly 30 years later, Divebomb Records is thrilled to finally grant EPITAPH’s superb five-song discography a proper CD release with Echoes Entombed: The Demo Anthology (1991-1992). The release will also present three ripping bonus tracks fully remixed by Mark Lewis—who members of EPITAPH became familiar with through his early work at Audiohammer in Florida—at MRL Studios outside Nashville. Remastered by Jamie King Audio, the disc’s booklet will be packed with lyrics, archival photographs, and a retrospective interview with the entirety of the band’s “classic” lineup. For the fans, by the fans!