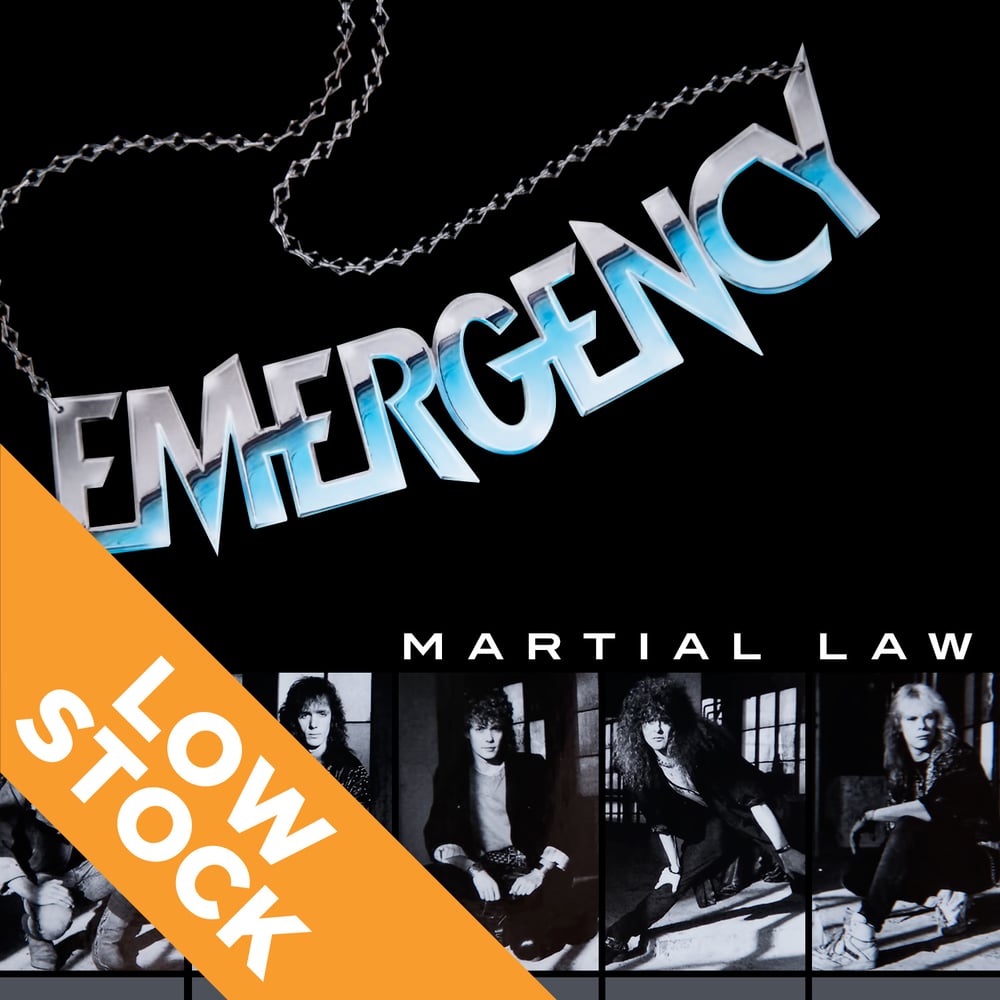 OVERVIEW:
The history of Dutch rockers EMERGENCY dates back to 1985, when Jos Antonissen (bass) and Frans Limonard (guitar) approached Coen Van Hoof (keyboards) about forming a new band. By April of 1986, EMERGENCY was born, and with the help of former PICTURE manager Henk van Antwerpen, landed ex- PICTURE frontman Pete Lovell on vocals. The group firmed up its songwriting and quickly secured a recording contract to begin work on their debut album, Martial Law, with producer Erwin Musper (ZINATRA, DEF LEPPARD, etc.) at ML Studio and Wisseloord Studios in 1987.

Upon its release in 1989, Martial Law received press comparisons to acts like BON JOVI and EUROPE, but one could even cite similarities to what a band like SURVIVOR was doing around that time: good, solid hard rock with "pop" sensibilities; noticeable influences traced back to the '70s; an '80s-centric prominence of keyboards; as well as tinges of heavy metal. But despite its huge potential and some positive attention from Dutch radio, Martial Law's two singles failed to make waves, writing for the follow-up stalled, and the members of EMERGENCY went their separate ways...

But now, nearly 30 years after its original street date, Divebomb Records is proud to unearth this overlooked hard rock treasure with a proper CD reissue of Martial Law. Newly remastered by Jamie King at The Basement Recording, the disc will come housed alongside lyrics, archival photographs, and a retrospective interview with EMERGENCY conducted by NoEcho.net co-editor Andrew Aversionline. For the fans, by the fans!

TRACK LIST:
1. Hiding In The Shadow
2. All Runnin' Wild
3. Reaching Out
4. Please, Say Please Me
5. Maybe It's Love
6. Across The Desert Sands
7. Running Out of Miracles
8. Upside Down
9. Just One Precious Moment
10. Dangerous