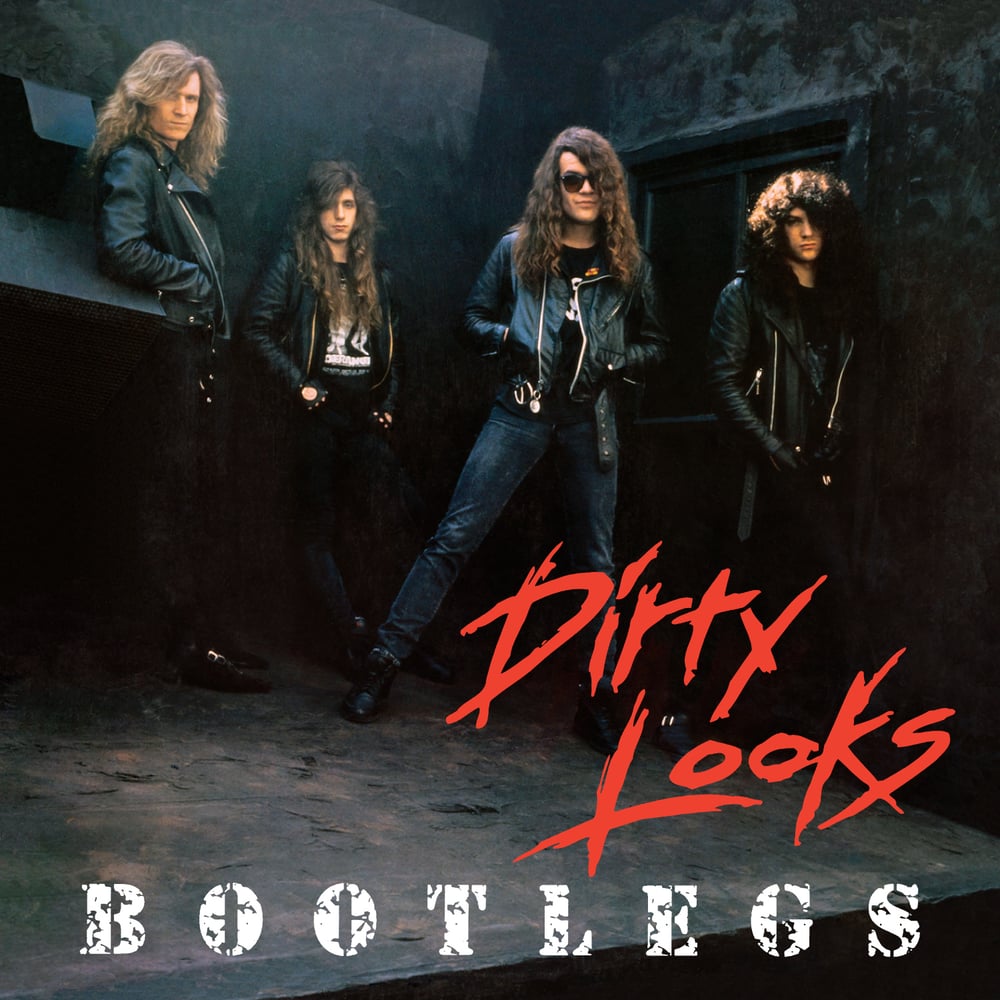 OVERVIEW:
After releasing a pair of excellent, Billboard-charting hard rock albums for major label Atlantic Records—Cool From the Wire (1988) and Turn of the Screw (1989)—DIRTY LOOKS licensed the nine-song Bootlegs release to Shrapnel Records in 1991. Consisting of material written throughout the band's peak stage, some of these compositions were purported to have been inexplicably rejected by Atlantic during the band's stint with the label, despite obvious strengths abound.

Tracked at Acme Recording Studios outside of New York City and Dodge City Sound in Los Angeles, the tunes were laid down in large part by that era's core lineup of Henrik Ostergaard (vocals/guitar), Paul Lidel (guitar), Jack Pyers (bass), and Gene Barnett (drums). Cary Devore—who would later join Ostergaard in Rumbledog—also performed drums on a handful of recordings. Bootlegs presents a diverse range of the high-quality hard rock for which DIRTY LOOKS was known; from the straightforward thrusts of "Speed Queen" and "Fool for You," to the darker atmosphere of "Dude, Where's the Money," the bluesy edge of "Loveless" and "Only Tomorrow," and lone power ballad "The Last Forever."

Divebomb Records is now excited to put forth this officially licensed reissue of Bootlegs—back on CD for the first time in a whopping 30 years! Fully remastered by Jamie King Audio, this reissue—limited to just 1,000 copies—will also include an augmented layout with retouched photography. For the fans, by the fans!