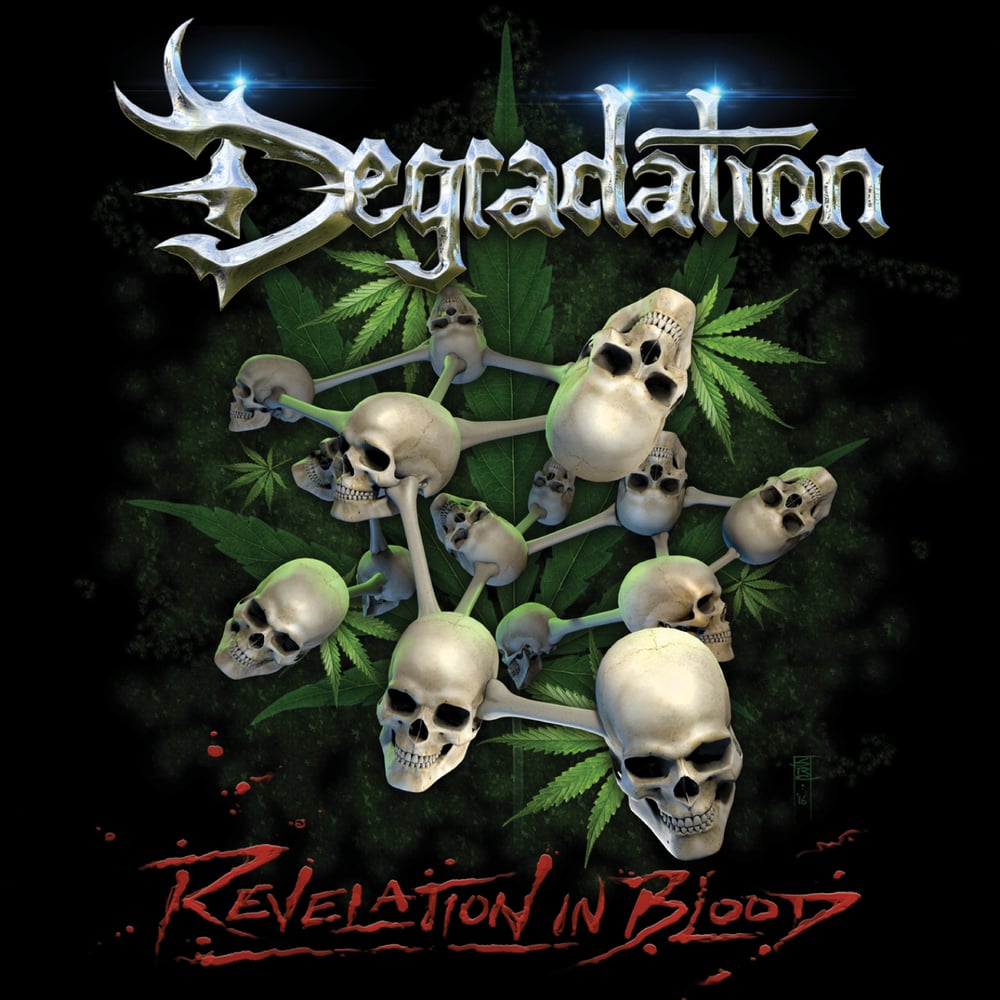 OVERVIEW:
DEGRADATION formed in 1992 amidst the same Florida scene that had spawned such greats as Deicide, Morbid Angel, Obituary, and countless others. That same year, the group laid down a raw, never-released demo with the help of Jon Oliva and Chris Caffery from the legendary Savatage, but it wasn’t until January of 1993 that DEGRADATION would enter Anything Audio in Pinellas Park, FL to record their proper debut demo, Look Into the Sadness (which was re-released later that year with some additional leads from newfound second guitarist Jeremy Baird, a.k.a. Jer Storm).

A marketing machine, the band sold more than 2,500 copies of the demo and scored rave reviews from magazines and fanzines around the globe before entering the world-renowned Morrisound Recording to begin work on the Revelation in Blood EP with Tom and Jim Morris. Originally released in 1994, Revelation in Blood was packed with technical, death-tinged thrash reminiscent of Sadus meets Forced Entry—self-described by DEGRADATION’s own Dana Walsh as “very dark, very progressive, very technical speed metal with a little more of a groove-based attack to the songwriting.”

Unfortunately, shortly after the EP’s release, DEGRADATION began to fall apart, suffering frequent lineup changes before Walsh—the original founding member—decided to put the group to rest upon receiving an offer to join up with fellow Tampa residents Brutality for their third full-length, In Mourning. But Revelation in Blood remains an incredibly rare unsung classic from Morrisound’s heyday—at times fetching more than $100 on CD—so now, more than 20 years later, Divebomb Records is proud to shed new light on DEGRADATION’s complete discography with this brand new reissue. Fully remastered by Jamie King at The Basement Recording, the packaging includes updated cover art by Steven Cobb, complete lyrics, loads of archival flyers and photos, and a retrospective interview with Dana Walsh conducted by NoEcho.net co-editor Andrew Aversionline. For the fans, by the fans!