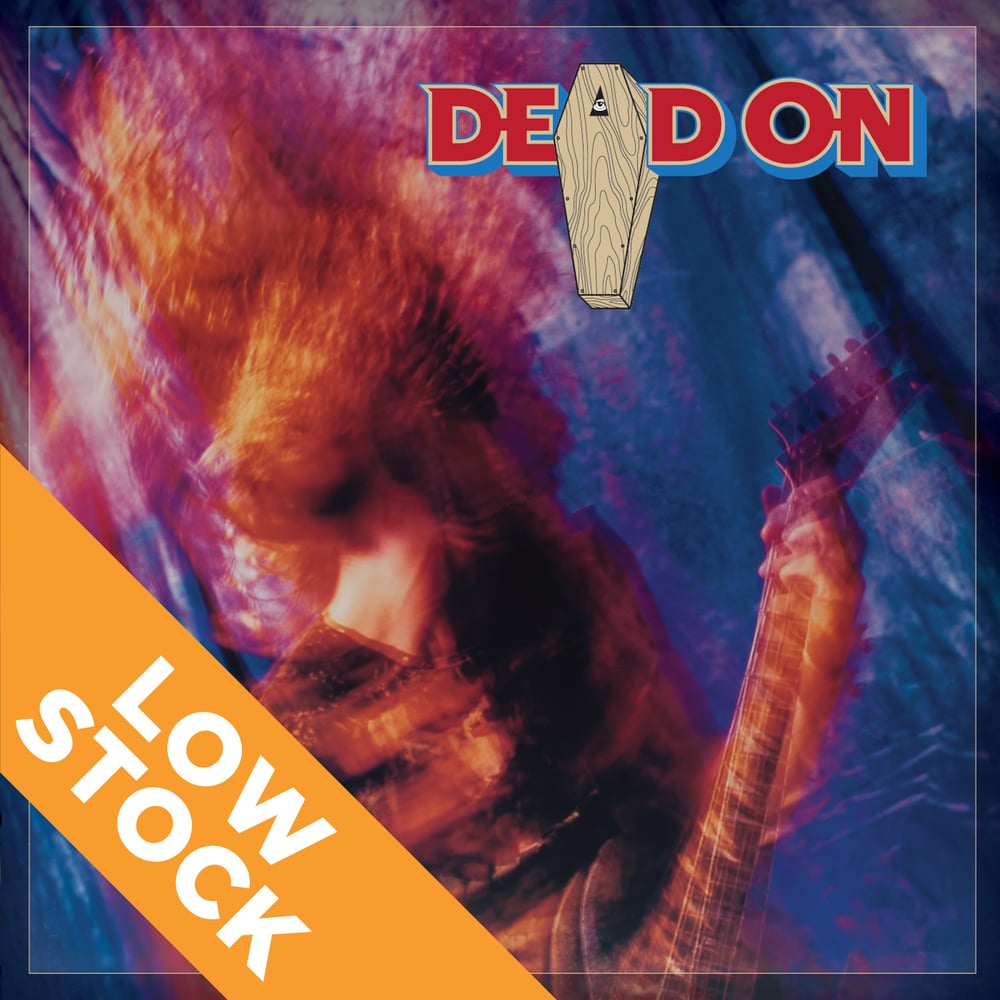 DISTRIBUTOR WAREHOUSE FIND! LAST COPIES! WE ONLY HAVE REFURBISHED COPIES AVAILABLE (WHILE SUPPLIES LAST). REFURBISHED COPIES WERE SEALED, BUT CASES WERE CRACKED SO WE REMOVED WRAP AND REPLACED THE BROKEN CASES, OTHERWISE IT'S STILL BRAND NEW.

OVERVIEW:
Long Island’s DEAD ON took a major risk and decided to self-finance the recording of what would become their debut album, Dead On. Enlisting top producer, Roger Probert (Fates Warning, Loudness) the band record their album independently hoping to land a deal. They landed a deal quickly and at the behest of their new label, mixing engineer and industry heavyweight, Max Norman was brought in to finish the album. Nine tracks of immaculate, sometimes macabre, American heavy metal. Inspired by classic acts like Iron Maiden and Mercyful Fate the band also infused influences of the thrash/speed metal dominated era to develop a style that was all their own. Not necessarily aggressive enough to be called thrash, but much heavier than the classic styles of heavy metal – this was DEAD ON.

The album has been out of print for years, but now with the release of this limited Dead On (Deluxe Edition) not only do fans get the classic album and three music videos, but also their All Four You EP, unreleased cover of “Turning Japanese” plus ultra rare demo tape, “The Limit.” For the fans, by the fans.

FOR FANS OF:
METALLICA, OVERKILL, MEGADETH, SANCTUARY and MERCYFUL FATE

DISC 2
All Four You EP
1. One For You
2. Every Day On Earth
3. Lost At Sea
4. Do What You Want
5. Turning Japanese (Previously Unreleased)