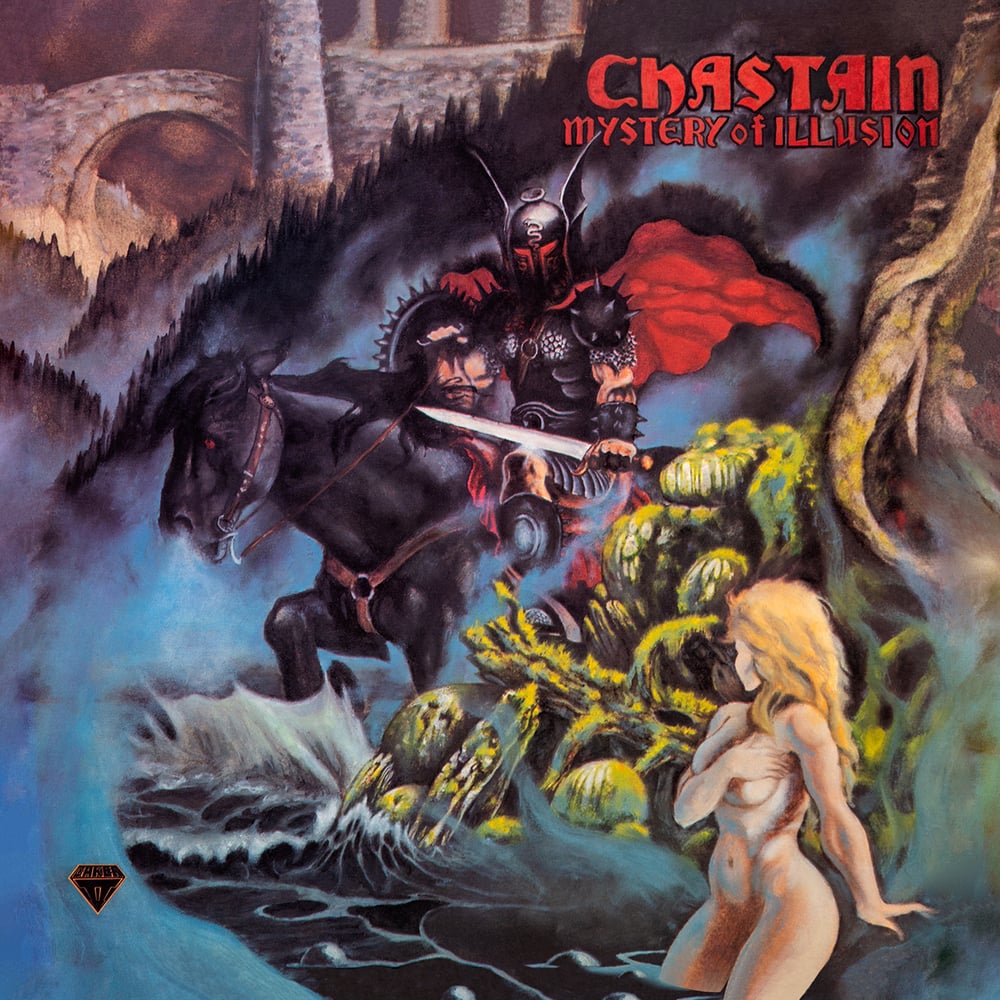 OVERVIEW:
By early-1984, guitar virtuoso David T. Chastain had moved on from his hard rock outfit, Spike, to form the more metal-centric CJSS with the intention of exploring a direction more true to his musical vision. However, before CJSS would go on to achieve success of their own, David caught the attention of Shrapnel Records founder Mike Varney, who wanted to construct a new project around his accomplished musicianship. The #1 prospect to front the band was Rude Girl vocalist Leather Leone, who—alongside Spike and CJSS bassist Mike Skimmerhorn and future Cinderella drummer Fred Coury—cemented the initial lineup of the new project, christened simply: CHASTAIN.

A highly prolific writer, David had stockpiled a wide assortment of tracks to choose from for the group's nine-song debut, Mystery of Illusion—resulting in catchy, high-energy salvos such as "When the Battle's Over"; more melodic compositions like "Endlessly" with especially excellent lead work; and the slower, almost Black Sabbath-like approach of "Night of the Gods." Recorded by Steve Fontano at Prairie Sun Recording Studios in November/December of 1984, Mystery of Illusion was released on LP and cassette through Shrapnel in 1985, with Roadrunner handling the LP in Europe. CHASTAIN's magic combination of David's anthemic songwriting with Leather's soaring vocal power opened the floodgates for the legendary careers for which both artists are now known.

Decades later, Divebomb Records is ecstatic to present this 35th anniversary edition of CHASTAIN's heralded Mystery of Illusion. Fully remastered by Jamie King Audio, the CD will be packaged alongside a 20-page booklet featuring original artwork and lyrics, classic press clippings, and a retrospective interview with David T. Chastain and Leather Leone. For the fans, by the fans!

BONUS DEMO TRACKS
10. Mystery Of Illusion
11. The Winds Of Change