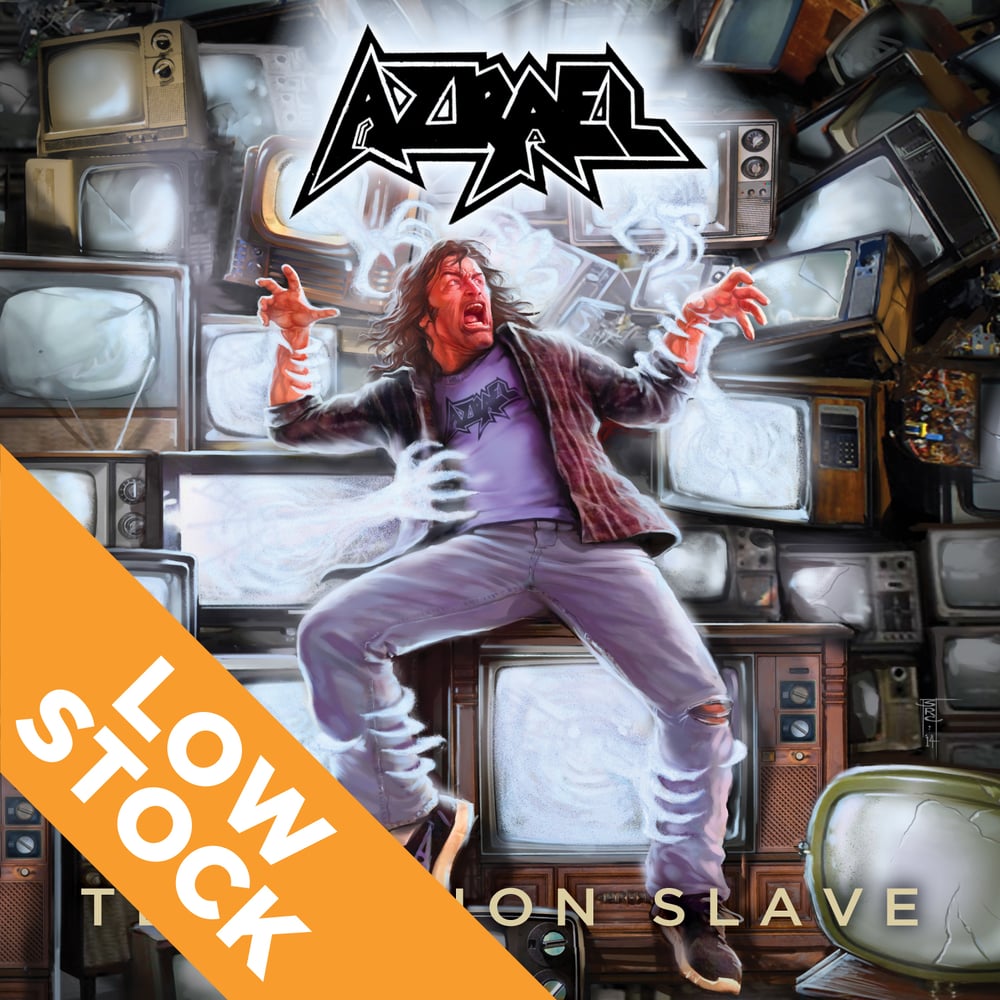 THIS IS IT! LAST COPIES! LESS THAN 60 REMAIN.

DECLASSIFIED INFORMATION:
Formed in 1986 by high school buddies Ken Andrews (Obituary) and Matt Riley, AZRAEL released a pair of demos early during their run (1987’s Azrael and 1988’s Welcome), but it wasn’t until Brian Christopher, Steve Zentner and Bob Koeble (Death) joined in 1989 and 1990, respectively, that things really began to gel for the group. The new lineup began demoing material while honing their live chops opening for such acts as Death Angel, Reverend, Exodus, and Vicious Rumors.

Recording most of the songs that would eventually become Television Slave in 1990, AZRAEL originally opted to use the material exclusively for promotional purposes, sending the cassettes to record labels. As time passed, and with no label interest in sight, they decided to go back and tweak out the recordings for a proper cassette release in 1992. The group sold all 1,000 copies of Television Slave they had pressed, which is remarkable because by that time, the music industry was definitely shifting away from heavy metal. AZRAEL noticed this change, leading to their decision to disband soon after.

The limited edition CD release contains not only the original 7 tracks contained on the Television Slave cassette (newly mastered from original digital sources), but also several additional recordings made during that period that have never been released. Also, as a bonus, we have included their 1988 cassette release, Welcome.