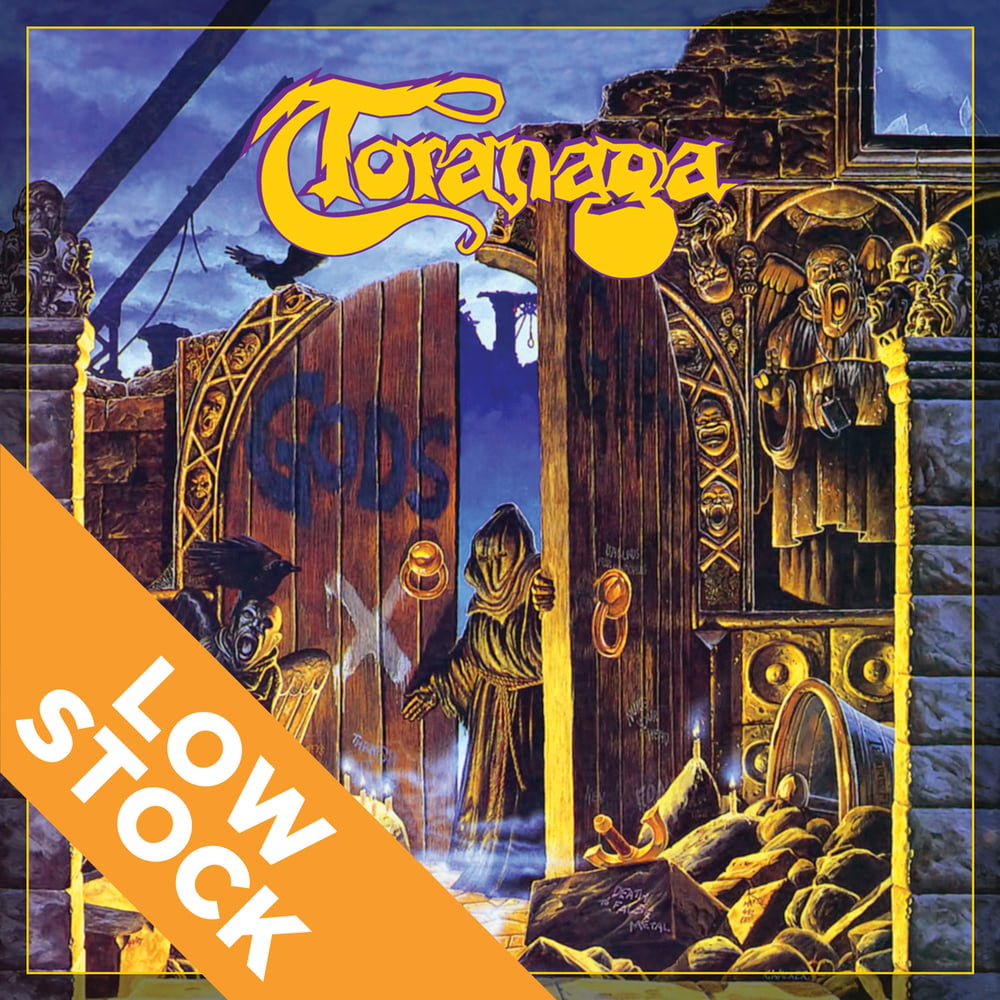 OVERVIEW:
Forging together in the UK metal scene of the late ‘80s, TORANAGA was a band that seemed destined for big things. Not only was their bridging of thrash with traditionally-flavored heavy metal songwriting instantly irresistible, they also had the major label muscle of Chrysalis Records behind them. But fate had other plans.

God’s Gift, TORANAGA’s 1990 sophomore album, should have propelled the group to headliner status. The record features barnburners such as the speedy assault of “Psychotic” alongside BLACK SABBATH-like stompers like “Black Is the Mask.” MTV’s Headbangers Ball even gave album single “The Shrine” some airplay, but a series of bad record label decisions ultimately killed off any chance of God’s Gift truly finding a wider audience. After recording an EP as a last ditch effort to keep the band signed to Chrysalis, TORANAGA pulled the plug on the entire thing.

Always on a mission to right the wrongs of metal history, Divebomb Records now presents this deluxe edition of God’s Gift in newly remastered form. The album also features a brand new interview with the band by Noisecreep.com’s Carlos Ramirez, plus archival photos. If that weren’t already enough, Divebomb is including the aforementioned EP, which has never been released before. It’s the kind of deluxe packaging TORANAGA truly deserves.

FOR FANS OF:
OVERKILL, SAVATAGE, METALLICA, SABBAT and SATAN