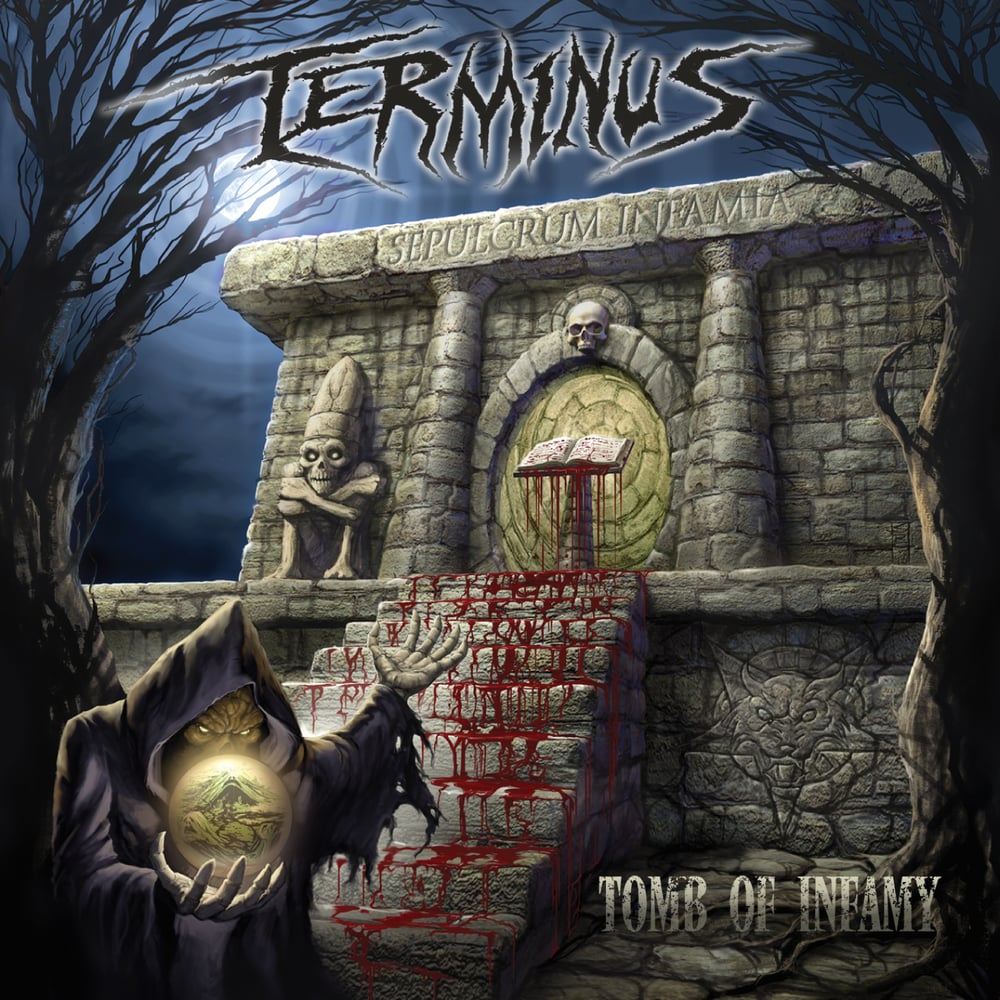 OVERVIEW:
Born in Stockton, CA in 1990, TERMINUS spent a few years honing their uniquely dark and dissonant style of death metal before circulating a crude four-song demo, To Release the Unknown, to friends and fans alike in early-1993. The following year, in the autumn of 1994, the group entered Pus Cavern Recording with ex-Brutal Groove (and future Danzig) guitarist Joe Fraulob to track their lone full-length masterpiece, Creations.

Self-financed and eventually released on Stinkfist Records, Creations offered a refreshing blend of aggression and atmosphere through thick, chugging rhythms; unusual, semi-technical dissonance; and unexpected melodic twists—not to mention engaging lyrical themes that combined fact and fiction in an effort to “strike fear in the heart of the listener.” TERMINUS remained active for several years—performing live and promoting the album—before ultimately returning to Pus Cavern in the winter of 1996 to flesh out a follow-up EP. Entitled Tomb of Infamy, said EP was to explore a more complex approach with nuanced undercurrents of dark, industrial influences. Sadly, it would never see the light of day…

20 years later, however, Divebomb Records will finally remedy this injustice with a deluxe edition of the never-before-released Tomb of Infamy EP—freshly mixed by Kenn Nardi from Anacrusis (an old friend and occasional bandmate of TERMINUS bassist Chris Speciale) and including the seven-song Creations full-length as a bonus. Mastered by Jamie King at The Basement Recording, the packaging includes all-new cover art by Steven R. Cobb, complete lyrics, archival photographs, and a retrospective interview covering the history of TERMINUS by NoEcho.net co-editor Andrew Aversionline. For the fans, by the fans!