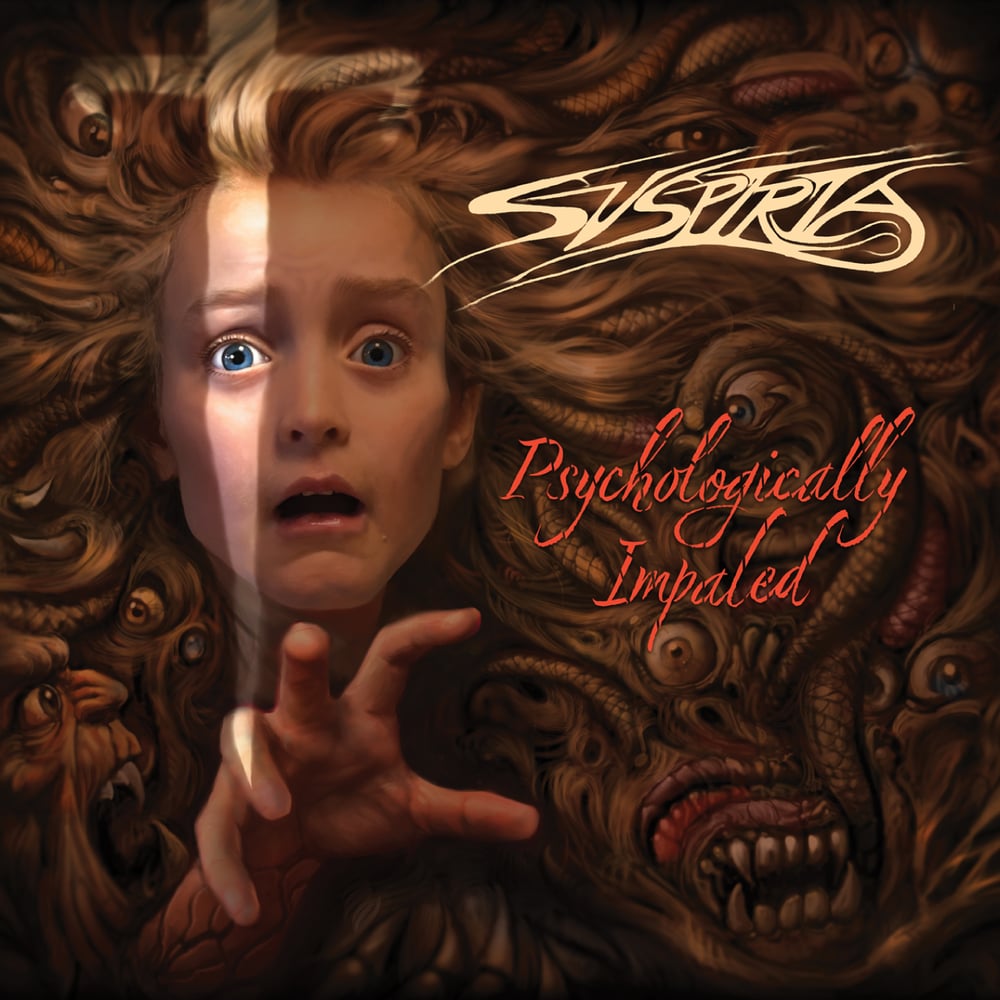 DECLASSIFIED INFORMATION:
SUSPIRIA got its start as a trio by the name of Corporeal Decay in Crystal Lake, IL in January of 1991. Building upon a melting pot of influences centered around '80s metal, Bay Area and German thrash, and early death metal, within five months the group had released a three-song demo titled Divinely Impaled. Mere months later, the demo was re-released with new artwork, a new logo, and a new band name: SUSPIRIA.

By the end of the following summer in 1992, SUSPIRIA had solidified a five-piece lineup and entered Real to Reel Recording Studio with engineer Bruce Pedersen for their sophomore demo, Psychological Inertia. Eventually released in February of 1993, the extremely professional-looking four-song cassette further improved upon the group's brutal yet sophisticated take on technical death metal, but a period of relative inactivity saw the band perform its final show that July, eventually fading into obscurity by early-1994.

Like fellow Illinois powerhouse Sindrome before them, SUSPIRIA had made an impact on the local scene with their impressive musicianship, but failed to secure a proper recording contract—leaving many fans and friends to simply ponder what could have been. So now, more than two decades after the fact, Divebomb Records is excited to present Psychologically Impaled: SUSPIRIA's complete discography, along with seven bonus live tracks! Fully remastered by Jamie King at The Basement Recording, this release provides the material with the attention it has always rightfully deserved—with plenty of lyrics, photographs, and a retrospective band interview conducted by NoEcho.net co-editor Andrew Aversionline. For the fans, by the fans!