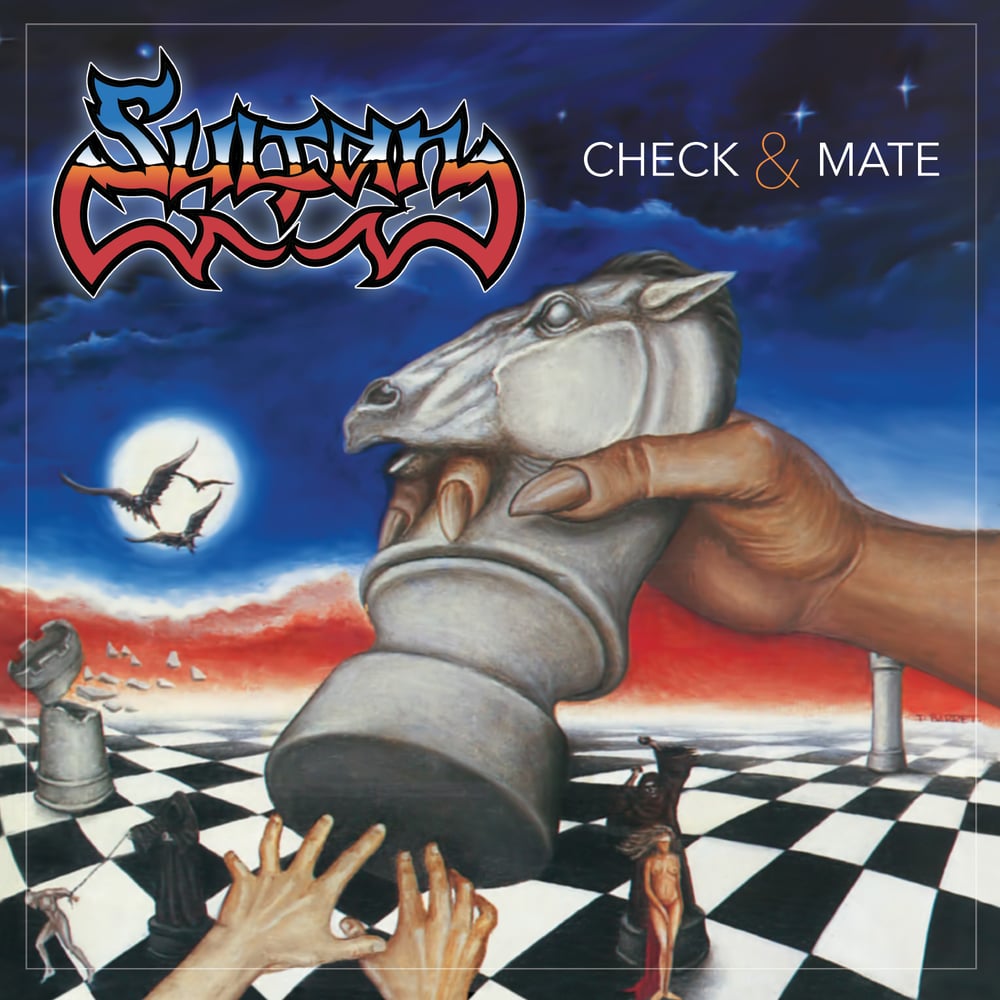 OVERVIEW:
During the 80's you could count the number of prominent Swiss metal bands on one hand, but that didn't mean there weren't a plethora of bands trying to fight for their shot at international stardom like CELTIC FROST and CORONER had already achieved. SULTAN were one those hardworking bands whose origins date back to 1986. Instead of simply recording a demo, SULTAN tried to differentiate themselves from the pack by self-releasing a vinyl single entitled “Rebel Fire.”

Despite the single's initial success, four years would pass as SULTAN were plagued by frequent line-up changes but were finally able to release their magnificent debut, Check & Mate, in 1990. SULTAN successfully fused both the past and present on Check & Mate by channeling NWOBHM influences, while harnessing the escalating momentum of the new established European power metal scene. Sadly, after one final tour in 1991 the band would call it quits leaving Check & Mate as their one and only album, but what an amazing album it was!

Check & Mate has been out of print for nearly 20 years and was originally fetching high dollar collector prices online until bootleg copies began to circulate within the European market. Divebomb Records and the members of SULTAN have partnered up to take on these illegal activities directly by issuing a band approved deluxe edition reissue. We hope that we can take the music back and support the artists that created it rather than support those simply repressing “knock off” copies for a quick buck. As always, we are fans doing this for the fans.