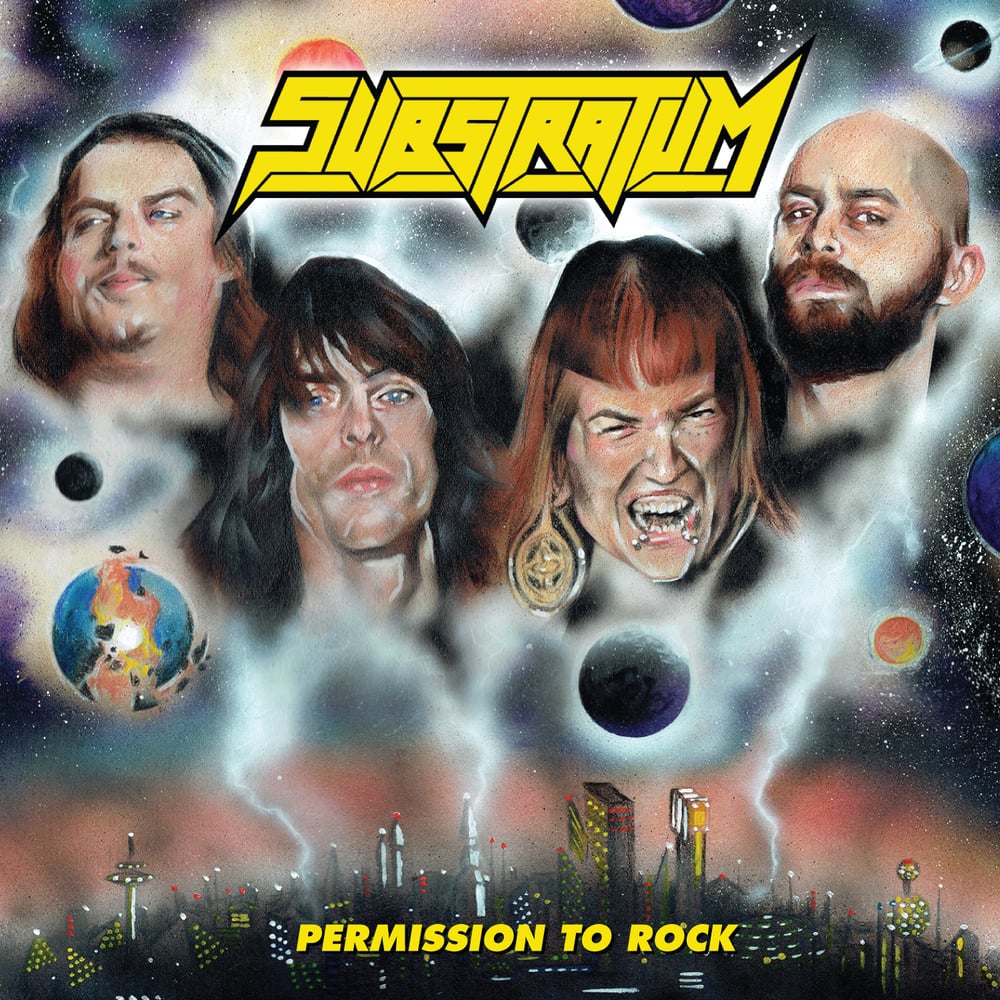 OVERVIEW:
Seattle, WA's traditional metal warriors SUBSTRATUM have amassed an impressive discography since forming in December of 2013. The onslaught began with a three-song demo in the summer of 2016, followed by a self-titled debut album on Swords & Chains Records. The spring of 2017 saw the release of the three-song Rough Rider demo—a split 10" with Skelator on its heels that summer. Around that same time, both of the group's demos were picked up by Divebomb Records for inclusion on Vol. 4 of their burgeoning Masters of Metal compilation series, which brings us to the present...

SUBSTRATUM's current lineup of vocalist Amy Lee Carlson, Jonny Haynes and Max Nazaryan on guitars, Matthew Vogan on bass, and drummer Eric Smith have now prepared their scorching sophomore full-length, Permission To Rock, self-released on limited edition cassette at the start of 2018. The 10-song offering of pure heavy metal is due for a wider-reaching CD release through Divebomb Records in March, complete with a 16-page booklet featuring cover art by Brian Crabaugh and including full lyrics, plenty of photos, etc.

With the fist-raising dual-guitar acrobatics and attitude of true metal legends fused with the hard-charging aggression of thrash—sure to elicit headbanging support from fans of Bullet, Chastain, Hellion, and Zed Yago, among others—SUBSTRATUM is primed to prove to the dedicated legions once again that classic heavy metal lives on!

TRACK LIST:
1. Rough Rider
2. Cemetery Of State
3. Locked And Loaded (You'll Never Live Again)
4. To Nothing, To None
5. Exxtreemer (Permission To Rock)
6. Zero To Infinity
7. Vulpecula
8. The Source Of All Creation
9. Triangulum
10. Up On Wheels