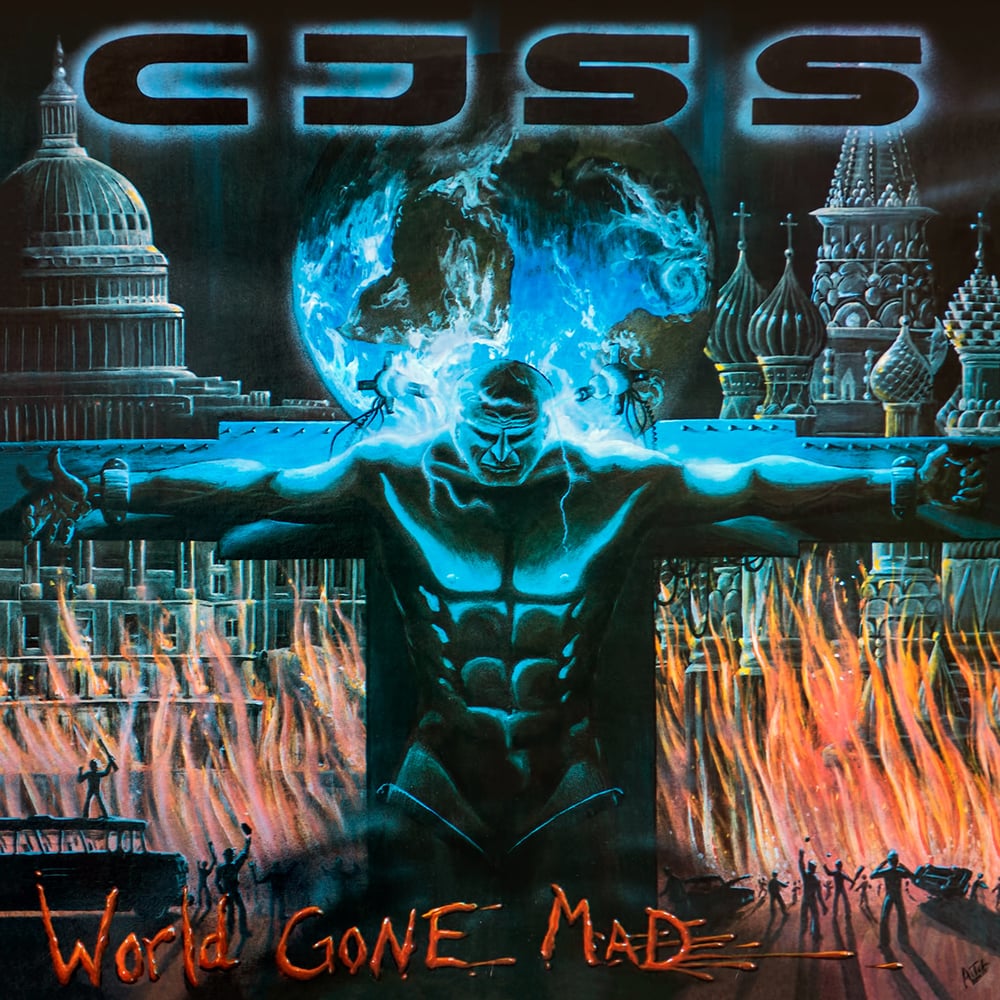 OVERVIEW:
Legendary guitarist David T. Chastain formed CJSS during the mid-'80s, bringing with him two former members—Mike Skimmerhorn (bass) and Les Sharp (drums)—of his prior outfit, Spike, alongside charismatic vocalist Russell Jinkens (formerly of Prizoner). The intention was for Chastain to focus on writing and performing his own original material in a manner true to his artistic vision. Based solely on the popularity of both Spike and Prizoner, more than 1,000 fans attended the very first CJSS live performance at Bogart's in Cincinnati, OH; and by the summer of 1985 the group had already entered Counterpart Creative Studios to begin tracking their debut full-length with engineer Dale "Smitty" Smith.

Released in January of 1986 through Chastain's own Leviathan Records (with a European pressing through Black Dragon Records), the 37-minute World Gone Mad was packed with powerfully diverse, melodic heavy metal anthems and scorching leads aplenty—while lyrical themes encouraged listeners to hold strong in the face of the fear, anger, and depression of the world around them. A quick U.S. tour in support of the album followed, and the admirably productive musicians would find themselves right back in the studio mere months later!

Over 30 years after the fact, Divebomb Records is excited to present this expanded edition of World Gone Mad—for the first time ever on standalone CD! The core nine-song full-length has been bolstered by four rare demo tracks that never found their way onto a proper CJSS album. Fully remastered by Jamie King Audio, the set will be housed alongside a detailed booklet including a retrospective interview with David T. Chastain and Russell Jinkens. For the fans, by the fans!