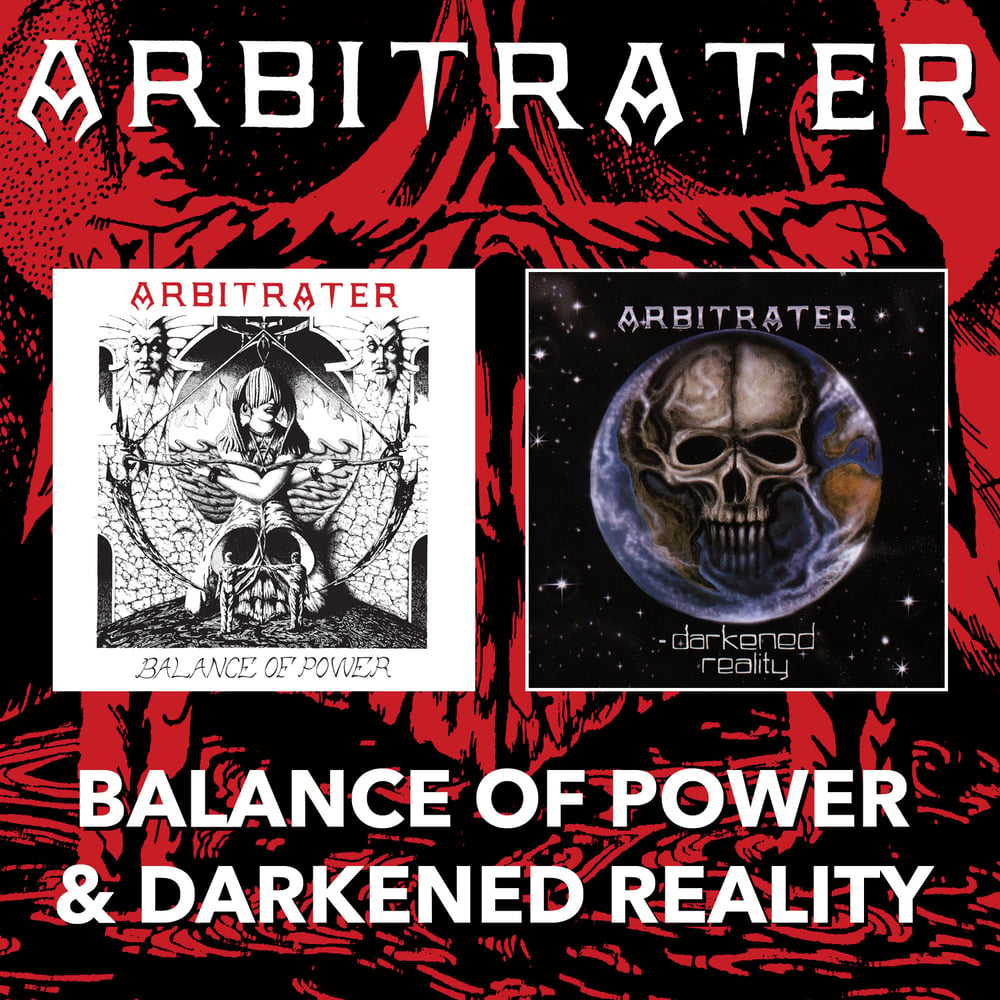 OVERVIEW:
During the late-’80s, legendary U.K. punk band The Varukers underwent an unexpected transformation as its ranks gradually split off into two separate metal-oriented acts. One such group—inspired by the excitement and energy of albums such as Metallica’s Kill ‘Em All in contrast to what was perceived as a stale and apathetic punk scene at the time—ARBITRATER, led by Varukers frontman Anthony “Rat” Martin, would proceed to self-release two full-length albums of taught, crunchy, and subtly melodic underground thrash: 1991’s Balance of Power, and 1993’s Darkened Reality.

Despite the strength of the recordings and performing handfuls of shows alongside fellow U.K. thrash lords Xentrix and Slammer, among others, ARBITRATER ran its course before securing the wider exposure that a proper record label may have offered. As a result, out of print for many years, both albums have become extremely sought-after collectibles—so much so that Rat himself was forced to pay £93 for a single copy of Balance of Power for use as source material for this very collection; and Darkened Reality has been documented to have once sold for over $600!

So now, more than two decades later, Divebomb Records is proud to represent ARBITRATER via this massive double-disc set, featuring both Balance of Power (appearing for the first time ever on CD) and Darkened Reality, as well as The Conquest demo from 1988—all fully remastered and restored by Jamie King at The Basement Recording. In addition, the packaging includes an insightful new interview with ARBITRATER main man Anthony “Rat” Martin, conducted by renowned musician and author Ian Glasper. For the fans, by the fans!